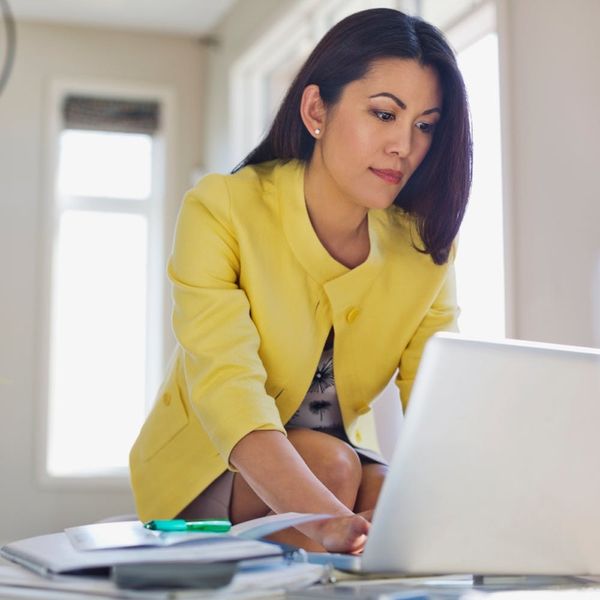 As we all know by now, millennials are increasingly choosing self-employment and freelancing over traditional jobs. Unconventional career paths have a lot of benefits, including greater flexibility, control over your own schedule, and the pride of building your own business, but it definitely comes with its downsides. One particularly painful part of freelancing is worrying about retirement — unlike their employed peers, self-employed people don’t have access to employer-sponsored retirement plans like 401(k)s. If you’re a full-time freelancer, here’s what you need to know about saving for retirement.

1. It’s important to start early. Saving for retirement as soon as possible is absolutely crucial, so if you recently decided to go the freelance route, make sure you start thinking about retirement as soon as it becomes financially feasible. A lot of freelancers find that it takes a matter of months to get their business off the ground — but as soon as you can meet your basic expenses, it’s time to start thinking about saving, stat, because the earlier you start saving, the more money you’ll make. Since returns compound over time (i.e., the money you make off investments itself gets invested), setting aside the same amount of money from your income earlier versus later will result in vastly different totals when it comes time to retire.

2. Calculate how much you’ll need. There are retirement calculators all across the internet, and most of them work under the same premises: They ask you to input your current income and your age, and they give you an annual or monthly amount that you need to invest in order to enjoy your current salary during retirement. Use one of these retirement calculators to determine approximately how much you need to start putting away per month.

3. Consider tax implications. Now that you know how much you want to invest in a retirement account, it’s time to think about tax implications. You can either contribute to your retirement account pre-tax (meaning that you won’t be taxed on the money you’ve set aside for retirement as you file your income tax each year, but you will be taxed on the income as you start drawing on that money in retirement), or you can pay taxes on it now and then not have to pay taxes when you take it out during retirement. Freelancers have additional factors to consider compared to their traditionally employed peers. If you’ve already gone freelance, you should know by now that you need to pay all of your taxes out of pocket each year. You should be saving about 30 percent of every check you receive toward your income and payroll taxes. This means that for some freelancers, the idea of contributing to your retirement fund pre-tax may be particularly appealing, as it will lower those quarterly tax payments by lowering your current income.

4. Choose a retirement plan. Once you’ve decided how much you want to set aside each month and whether to pay taxes on that money now or later, you can pick the right kind of retirement investment account for you. Here are the most common options:

How are you doing at saving for retirement? Tweet us @BritandCo to let us know!

Maggie McCracken
Maggie McCracken is a freelance writer, blogger and aspiring digital nomad. She writes primarily about food, travel, yoga and healthy living, and she has a background in health and science journalism. You can read more of her work on her lifestyle and travel blog, The Olive Branch.
Adulting
Work
Adulting Career Career Advice Girlboss
More From Work