How to Stop Comparing Yourself to Others on Social Media 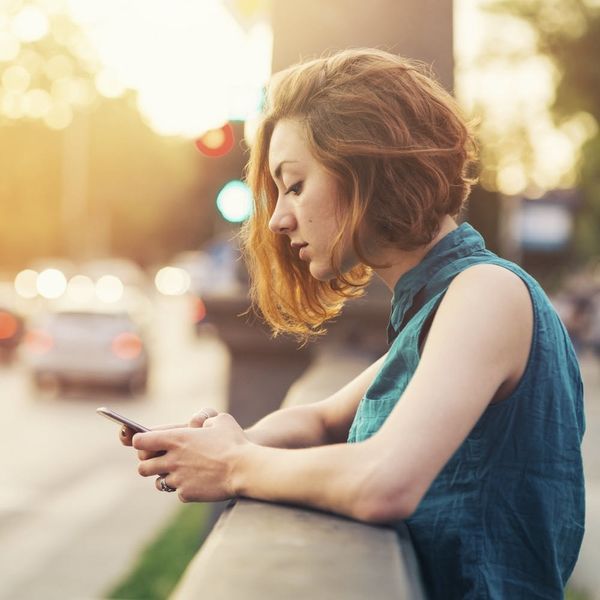 The list of things you can do with social media is long, from building your brand to sharing your relationship on social media. But that’s also exactly why scrolling through other people’s content can start to feel a little exhausting: If you’re not totally happy with how your life is going, watching other people’s seemingly perfect lives play out on Instagram can feel like a personal attack. So if you’re finding yourself comparing your life to others and feeling like it’s getting a little unhealthy, we’ve got some expert tips for you. Rebecca Hass is a creative living coach who sees this issue come up a lot with her clients, so she’s sharing with us these six tips.

1. Try to use comparison as a positive force. Rebecca says comparison doesn’t have to be all bad. If you play it right, you can use other people’s lives as a good motivating factor in your own. “There’s something missing in your life and the person is actually a reminder of what’s missing,” Rebecca says. “It can be a big alarm bell going off, saying, ‘Hey, you’re not living something that matters to you!'” The key here, Rebecca says, is to really listen to that inner voice, even if it feels uncomfortable, and instead of feeling jealous and spiteful toward the person who has what you want, think about taking steps toward getting there yourself.

2. Quash that negative self-talk. Rebecca says comparison often comes from the feeling of being not enough. “Comparison tends to be that inner critic that says, ‘You don’t measure up. That person has all that, and if you were more, you would have that too,'” she says. “I always think of it like a horror movie: The calls are coming from inside the house.” Yikes! The solution? Don’t pick up. Work on recognizing when negative self-talk is coming up and replace it with the idea that you are inherently enough. Good things will follow.

3. Be happy for others. A really uncomfortable part of those comparisons is feeling genuinely spiteful toward people who are living lives you want for yourself. It’s an ugly emotion that even the kindest person can find bubbling up. When you feel this happening, try to remember that happiness isn’t a limited resource. “It doesn’t cost me anything for everybody else to be magnificently wealthy and successful,” Rebecca says.

4. Ask questions. “If you have someone you’re incredibly jealous of who has what you want, you could get extra brave and go to them and say, ‘I love that you have this in your life and that you do this. How did you make it happen?’ You could actually ask the question. Isn’t that insane?” Why haven’t we thought of this before?!

5. Remember the process. A lot of times, what people share on social media tends to be the end result of a lot of hard work and failures before big successes. Rebecca says the reason is that a lot of the people we interact with on social media are colleagues and acquaintances. “Think about being at a dinner table with these people. You wouldn’t share with them your process, because it seems inappropriate.” So if you’re still in the thick of your own process and you’re seeing others share their end results, remember that they’ve been exactly where you are now.

6. Unfollow people. If all else fails and you’ve found yourself really stuck in negative thought patterns, don’t be afraid to limit the amount of screen time you have with people to whose lives you’re constantly comparing your own. “There’s nothing wrong with taking care of yourself. There’s a lot of wisdom in it,” Rebecca says, but the key is to make sure you’re practicing constructive self-care. So while you’re taking a bit of a social media break, use that time to look within and figure out what’s missing in your own life, and what you can do to fix the problem.

Bottom line: Spend some time with yourself! Figure out what you really want in life and how to get it, and suddenly other people’s lives won’t seem so enviable after all.

Do you compare yourself to other people on social media? Tweet us your thoughts about Rebecca’s advice @BritandCo!

From Your Site Articles
Kylie Kendall
Kylie is a freelance writer living in Ottawa, Canada. When she's not writing, you might find her scoping out all-day breakfast spots in her city or taste-testing every bottle of red wine under $10.
Health
More From Health