Instagram Has a New App and We Want It ASAP 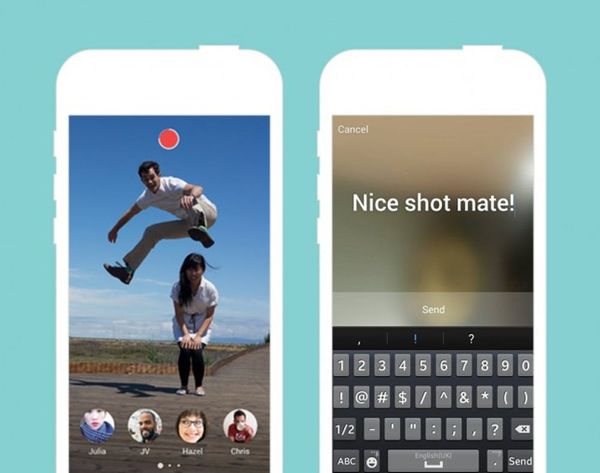 You guys, Instagram unveiled a new (and free) messaging app for iOS and Android, and if it’s anything like their current offering, it’s going to be a huge hit — and definitely better than Tinder’s latest update. Introducing Bolt, a one-tap messaging app that lets you quickly and casually send a photo or video to a friend. It immediately disappears once it’s been seen by the recipient.

Sound familiar? That’s because it’s extremely similar to the other one-tap messaging apps: Snapchat, Taptalk, Mirage or Facebook’s newly launched Slingshot. One thing that sets it apart, though, is that you can shake your phone to unsend a message! No more accidental Snaps to mom.

Sad news to those of you rushing to DL it ASAP: Bolt is only available right now in New Zealand, Singapore and South Africa. The app was released overseas because 65% of IG users are international #funfact! And stay tuned, there are plans to expand to other regions depending on the success of the initial launch.

Even though there are so many other apps like this on the market, the folks over at Instagram aren’t worried about the competition. After all, when Instagram was released, it wasn’t the first photo sharing app.

Let’s take a look at how Bolt compares with the other one-tap messaging apps!

Captions + Filters: You can add captions to every photo and video you send on Bolt, Snapchat, Mirage, Taptalk, Slingshot. Snapchat and Slingshot let you draw over your photo. Both Mirage and Snapchat let you to add filters to your pics and vids.

Messaging: For Bolt, Mirage and Taptalk, your friends’ faces become the shutter button. Tap their face to send a photo or hold it down longer to send a video. Mirage also lets you send to contacts who aren’t app users. On Snapchat, you snap a photo or a video first, then select who you want to send it to from your list of Snapchat contacts.

Replying: When you receive an image on Bolt, you can reply by sending text on top of the image you just received or with a new image. On Slingshot, you can only view a new photo if you send a reply photo.

Intimacy: Just like Taptalk, Bolt will only send messages to one friend at a time. Snapchat and Slingshot allow you to send a pic to multiple users at once.

Cost: Taptalk, Slingshot, Mirage, Bolt and Slingshot are all free.

If and when Bolt hits the U.S., will you make it your new pic messaging app? Let us know your thoughts in the comments below!

Rachel Sumner
Rachel is a Contributing Editor at Brit + Co and the founding editor of lifestyle blog, SADIERAE + CO. While her background is in fashion and styling, she also loves all things creative, cooking, traveling, binge-watching TV shows and giving piggy back rides to her golden retriever, Louie.
Apps
Tech
Apps Photography Snapchat
More From Tech