These 15 Instagrams Will Make You Wish You Were in Australia 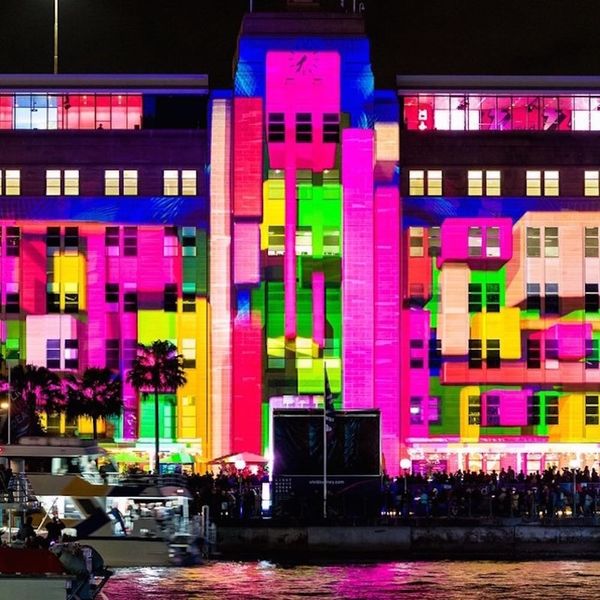 It’s winter in Australia. And even though that season may not necessarily inspire images of epic snorkeling trips or lounging on the beach, there’s a better reason to be in Oz right now. The annual Vivid Sydney Light Walk is that epic reason, and initial photos from the May-to-June event have us totally mesmerized. Check out these 15 Instagrams that will have you wishing you were in the Land Down Under.

1. @_danieltran_: These light projections on the Sydney Opera House are electrifying. Talk about a photographer’s dream.

2. @lee_dicko: Bringing a little nature to the concrete jungle, this light projection makes the the Customs House look like it’s straight out of a fairytale.

3. @jourdanlaura: Gorgeous flowers in light form? Yes, please! We vote for the University of Sydney to commission someone to paint this as a mural.

4. @lucyedmondsart: The Light Walk also boasts a series of interactive displays that’ll wow both adults and kids alike. This Frozen-esque room is one we just can’t let go. (Sorry, we had to.)

5. @yeomjunghun: Christmas came early this year with the entire city decked out in stunning lights.

6. @bluefetuccini: This ocean-inspired installation at Sydney Harbor is RAD. Aren’t the tentacle-like lights out of this world?

7. @letmecook: Unfortunately, this is probably the only time of year when Sydney’s Town Hall is flushed in hot pink.

8. @belfel: Reminiscent of our molecule models built in Chem class, this giant ball-and-stick model changes colors as the night goes on.

11. @abodebistro: Even the water lights up! This snap was taken at the Laser Fountain Theatre in Darling Harbor.

12. @ingrid.annabelle: This trippy light show makes it look like the city is being swallowed up by a giant burst of rainbow. We want in.

13. @f_stop_sydney: Is anyone else having Tetris flashbacks with this one?

14. @somekindofwanderlust: Imagine a purple sky with beautiful leaves and ferns floating around. No, you are not under the influence — you are in the Argyle Tunnel.

15. @tonibreckston: We can’t stop staring at this optical illusion. No if only we could figure out a feasible way to make it to Sydney Harbor to see it IRL.

Which light installation was your fave? Know of any other cool light shows around the world? Let us know in the comments below!

Clarissa Wei
Clarissa Wei is a Los Angeles-based writer who knows a lot about Asian food and the hidden gems of her city. She lives in the San Gabriel Valley, and you can find her making dumplings from scratch or hiking the local mountains.
Party