You Can DIY Your Own Invisibility Cloak by Halloween 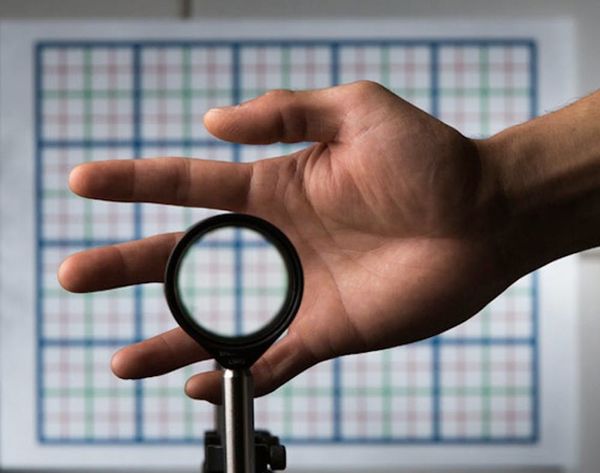 We have a lot to thank J.K Rowling for. Bedtime would not have been the same without Harry Potter. But we also have to admit she set us up for some real childhood letdowns. When that acceptance letter to Hogwarts never came and an invisibility cloak was never unwrapped during the holidays, we began to lose hope in the wonderful world of magic. Unfortunately our mailboxes are still empty, but in regards to invisibility cloaks, it looks like they might be more of a reality than we thought.

Researchers at the University of Rochester have created a cloaking device that uses inexpensive, readily available materials. This isn’t the first cloaking device ever created, but it is the first that provides three-dimensional, continuously multidirectional cloaking. To put that in simpler terms, John Howell, a professor of physics at the University of Rochester, explains, “Many cloaking designs work fine when you look at an object straight on, but if you move your viewpoint even a little, the object becomes visible.” Not so with Rochester’s creation.

This device works by arranging a set for four off-the-shelf optics in a straight line. Each lens has a different focal length, which causes light to bend around the object as it passes through the lens. When something is placed in front of the four lenses it becomes invisible. There isn’t even any distortion of background objects, which is a big advancement in this technology.

The device is currently pretty small. So far they’ve managed to successfully cloak a hand, face and ruler. The design is impressive, but it’s not exactly flawless. As of right now, the cloaked object bends light and sends it through the center of the device, which creates a kind of donut-like shape around the concealed object. But now that they know this method works, it can be recreated on a larger scale, and bigger lenses are likely to help solve that problem.

Aside from wandering Hogwarts’ halls at midnight, Howell has a few realistic applications where the device could come in handy. He hopes it might allow a surgeon to look through his hands during an operation or make truck drivers’ blind spots visible.

This technology isn’t going to come with a hood and ribbon anytime soon. If you just can’t wait for mass production, you can make one yourself! Rochester’s Institute of Optics has listed a full tutorial on how to create the cloaking device on their site. All you need are a few lenses and the solution to a couple mathematic equations. It cost the researchers a little over $1,000 in materials to create it, and they believe it can be done even cheaper. Why not give it a shot and see (or rather not see) what you come up with?

What cool uses do you envision for a device like this? Share your ideas with us in the comments.