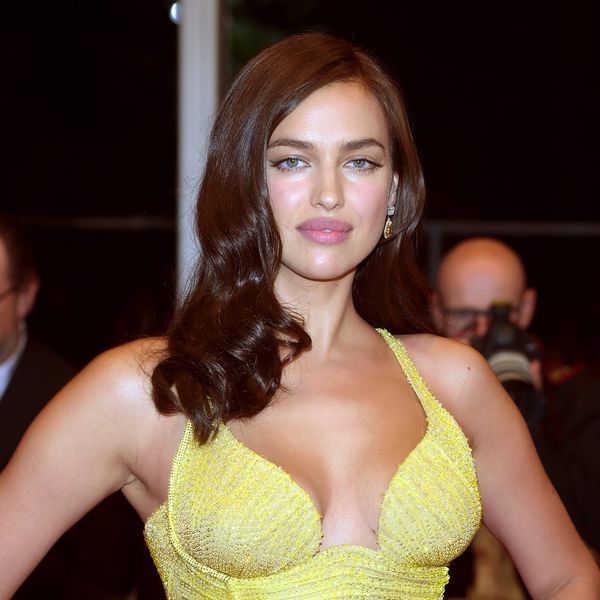 We were pretty shocked to find out Irina Shayk was in her second trimester when she strutted her stuff at the Victoria’s Secret Fashion Show 2016 back in November. Now, just nine weeks post-partum, Shayk is surprising the world yet again.

The model gave birth to daughter Lea de Seine Shayk Cooper, her first with partner Bradley Cooper, on March 21. Now, two months later, she’s walking the red carpet at the 2017 Cannes Film Festival for her first post-baby appearance, and it’s like she never left the runway.

But it seems like Shayk has been toning for some time, as four days prior to her Cannes appearance, she also gave us a rather “cheeky” view as she took a dip in the cool blue.

What do you think of Irina’s post-baby style? Share with us over @BritandCo.

Nicole Briese
Nicole is the weekend editor for Brit + Co who loves bringing you all the latest buzz. When she's not busy typing away into the wee hours, you can usually find her canoodling with her fur babies, rooting around in a bookstore, or rocking out at a concert of some sort (Guns N' Roses forever!). Check out all her latest musings and past work at nicolebjean.com.
Celebrity Baby
Celeb Style
Celebrity Baby Celebrity Style
More From Celeb Style