Is CBD Legal? Decoding the Rules of the Canna-Wellness Trend 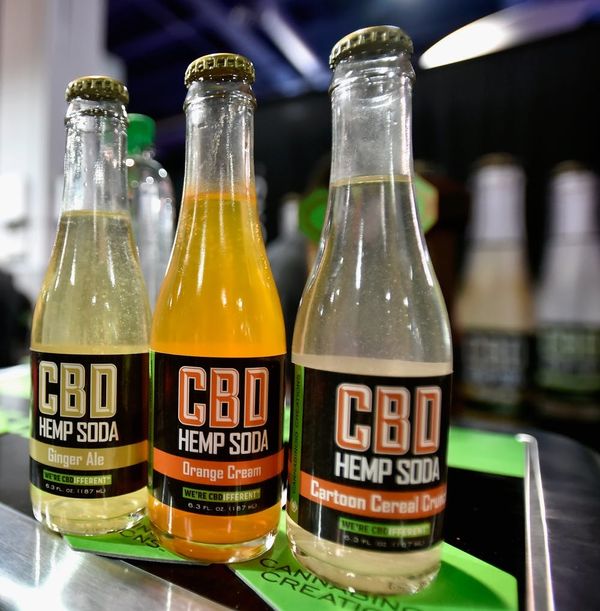 At the end of March, Walgreens and CVS each announced that the drugstore chains would begin selling products containing cannabidiol (CBD) in select stores across a total of 12 states between them. The news marked a major turning point in the rise of the much-hyped wonder drug, whose journey from little-known wellness elixir to medicine cabinet standby seems to have happened overnight.

CBD’s rise in popularity has outpaced anything resembling consensus over the way it should be consumed, regulated, or sold. There still hasn’t been enough research on CBD to decisively confirm what it can or can’t be used to treat. And, despite the growing availability of CBD-infused everything from chocolate bars to soft drinks, the Food and Drug Administration (FDA) maintains that it still isn’t actually legal to sell CBD in food. How is a product that’s literally everywhere these days still so controversial?

As recently as a year ago, many of us were only beginning to hear whispers of the non-intoxicating cannabis derivative and its potential to alleviate symptoms of anxiety, pain, and even epilepsy. Worldwide Google searches for CBD spiked exponentially over the second half of 2018, and especially after Congress entered final negotiations for the 2018 Farm Bill in September.

When the bill was signed in December, commercial production of hemp (a cannabis plant with virtually none of the THC content known for getting people high) became legal across the United States and, in effect, so did the production and sale of hemp-derived CBD. But CBD can also be found in marijuana plants which, unlike hemp, do contain THC.

If you’ve followed us this far, here’s where it gets a little murky. CBD that’s extracted from marijuana, as opposed to hemp, is legally treated like marijuana, even though the substance is the same in both plants. That means that in states where marijuana isn’t yet legal, CBD is only legal if it’s derived from hemp. As an overarching category, CBD was — and continues to be — federally classified as a Schedule 1 substance on par with marijuana, and subject to the same on-paper enforcement.

If you happen to live in a state where weed is still not legal, but you’ve never had trouble finding CBD in stores and restaurants… well, fair. Where it comes to cannabidiol, on-paper law doesn’t always match what happens in practice. If you’ve ever noticed how people love to say that CBD occupies a “gray area” in the eyes of the law, this is exactly what they mean.

Because CBD poses no demonstrable risk of intoxication, the FDA and Drug Enforcement Administration (DEA) didn’t make a huge stink about enforcing its ban. That all began to change in June 2018, when the FDA approved an epilepsy drug with the active ingredient of — you guessed it — CBD.

“Once CBD was approved as a drug, it became prohibited to be included in a food or a nutraceutical supplement,” said Joe Reardon, assistant commissioner for consumer safety for the North Carolina Department of Agriculture, in an interview with the Tribune News Service. “You can’t add a drug to a food.”

So, in a funny twist of fate, the legalization of some CBD (the kind derived from hemp) has coincided with a crackdown on the sale of CBD-infused food and drink. The FDA says on its website that CBD-infused items can’t be sold as dietary supplements or in food that crosses state lines, and a number of states and municipalities have begun to pull CBD edibles from stores and restaurants.

In February, Eater reported that the New York City Department of Health would be forcing the restaurants under its jurisdiction to stop the sale of food items containing CBD, effective immediately. The New York Timesreports that officials in Ohio (which, like New York, has a legal medical marijuana program) and Maine (one of the 10 states where marijuana has been legalized for both medicinal and recreational use) have also taken action to stop the sale of CBD edibles.

If you’re still scratching your head, rest assured that you’re not alone. The legal and medical treatment of CBD are a big question mark right now, and that isn’t likely to change as long as marijuana and its derivatives remain federally classified as a Schedule 1 drug. In the meantime, existing restrictions around the access and transport of CBD will make it hard for researchers to source reliable quantities of the compound for testing. And as long as the medical benefits (or potential detriments) of CBD continue to be poorly understood by scientists, it’s unlikely that the FDA will change its stance.

In many respects, cannabidiol is a perfect microcosm for America’s changing relationship with cannabis. As attitudes soften and laws change to reflect them, we’ll be confronted with new questions and their wide-reaching implications for the law, health care, and social justice. For now, we can only guess what’s to come.

RELATED: Everything You Need to Know About CBD, the Latest “It” Wellness Ingredient