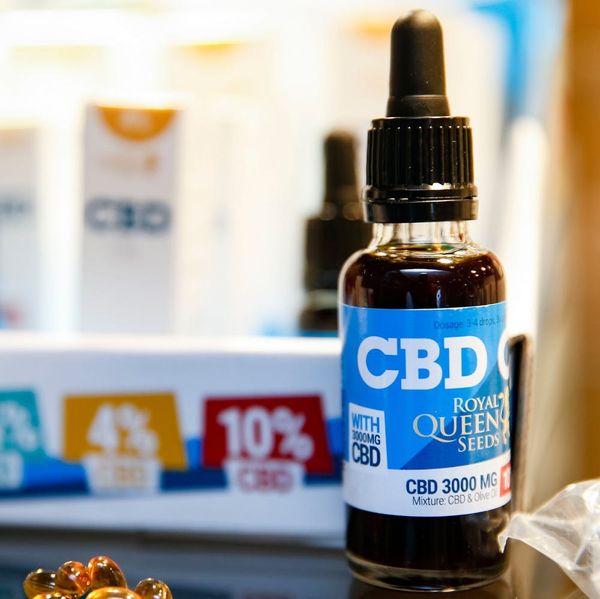 As states around the country have moved to loosen marijuana legislation, other major changes have been happening in the world of cannabis as well. Both Walgreens and CVS, the dominant pharmacy chains in the US, will begin selling products made with Cannabidiol (CBD) in stores across a total of 12 states between the two companies. It’s a major breakthrough for the trendy tonic, whose cult following has outpaced its sign-off from both the legal system and medical community.

CBD is a compound derived from the cannabis plant that does not have any psychoactive effects. It has become widely used to treat a variety of ailments, from anxiety to headaches. But even though CBD seems like it’s literally everywhere all of a sudden, it’s still not currently approved by the FDA for medical uses. Besides that, its legality in the US isn’t totally straightforward.

To understand how CBD is legislated in the US, a quick botany lesson: Hemp plants and marijuana plants are actually two separate members of the cannabis family. Hemp contains little to no THC, which is the chemical that gets you high. Marijuana, on the other hand (as we all know), does contain THC and produces psychoactive effects, which is why it’s federally classified as a Schedule 1 drug.

New agriculture legislation passed by the Trump administration in 2018 includes provisions for the legal mass production of hemp. Hemp is used in a number of medicinal remedies, lotions, and other beauty products that are commonly sold in drug stores. While the 2018 legislation effectively made the sale of CBD legal in all 50 US states, it’s only legal if derived from the hemp plant and not the marijuana plant.

Despite the legality, there’s some nervousness about the substance. In February, the New York City Department of Health banned the sale of CBD-laced edibles (or drinkables) in restaurants, bars, and any other establishments under DOH oversight. There’s still a lot that isn’t understood about CBD within the medical community, despite research that has shown it can be effective for treating seizures.

CVS announced its decision to sell CBD products last week, and Walgreens followed suit with a similar announcement on Wednesday, according to USA Today.

Walgreens surprised some who follow marijuana policy in 2016 when the company published a Tumblr post discussing the medical benefits of weed. Because marijuana is still strictly prohibited federally and years of a “war on drugs,” weed is still somewhat of a taboo issue, even in the medical community.

No doubt these companies are hoping to cash in big after the administration made it easier to grow hemp last year. According to the Associated Press, “the hemp-derived CBD market has been estimated to reach US $22 billion by 2022.” The AP further reports that beauty and other consumer product makers are jumping at the chance to sell CBD-based goods now that it’s legal, with multiple high-end manufacturers already getting in on the action.

CBD products have also been a boon in Europe, where more relaxed drug laws have allowed for a fuller inventory of CBD and marijuana products on the market.

RELATED: Here’s What Pregnant Women Need to Know About CBD for Anxiety and More

From Your Site Articles
Elizabeth King
Elizabeth King is a politics, history, and culture writer based in the Twin Cities. She is generally pretty cranky but still enjoys traveling, music from the early 2000's, and plotting the resistance. Feel free to say hi on Twitter at @ekingc or check out some of her work at www.elizabethcking.com.
Mental Health
Womens Health
Mental Health Taking Care Womens Health
More From Womens Health