It’s Not Just Chinese: How Lunar New Year Is Celebrated Throughout Asia 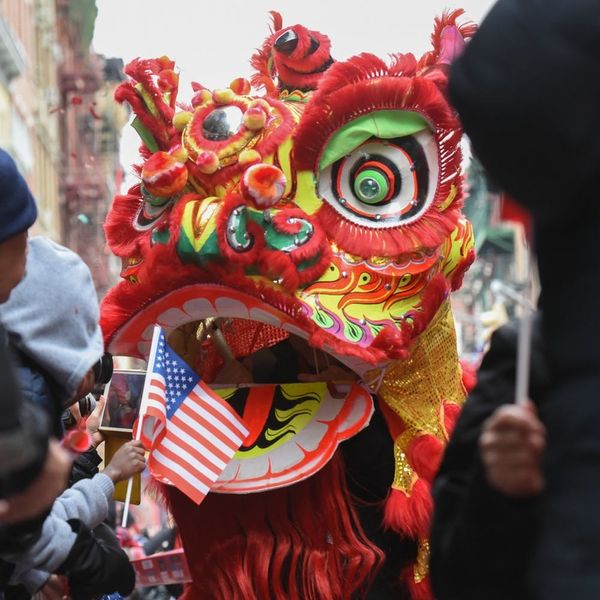 Gung Hay Fat Choi! Happy Chinese New Year, right? Well, not quite. In North America, we have believed that the lunar new year celebrations are specific to China, due in part to high numbers of Chinese immigration into the west. But the lunar new year is celebrated throughout Asia, and although it’s called different things, the Year of the Dog is happening throughout the east.

In Vietnam, Tết Nguyên Đán or Tết, as it is commonly known, is what is celebrated. Tết is the most important holiday in the Vietnamese calendar, and the holiday’s name means Feast of the First Morning of the First Day. The holiday celebrates the return of spring, and like other celebrations throughout the region, families gather, gift money in red envelopes and eat – in Vietnam families eat red sticky rice.

Vietnamese families eat red sticky rice, and wish their loved ones, “Chúc Mừng Năm Mới,” or “Happy New Year.” Although the Vietnamese zodiac does recognize the year of the dog as well, the focus of the celebration is on connecting with family and creating luck and prosperity for the year ahead.

The Koreans call this holiday Seollal, and the celebrations last for three days: The day before the new year, the day of (February 16 this year), and the day after. Like in Vietnam, Koreans take this holiday to celebrate with family, sharing foods like Korean rice cake soup and radish cakes.

Koreans follow a 12-year zodiac and believe that the animals were created by Buddha after he sent all his creations into the world, but had only 12 return. The order of the zodiac is based on what order animals returned to Buddha. Koreans plan their year based on the zodiac’s attributes in the hopes of having a prosperous new year.

Of course, many people know some of the traditions in Chinese celebration of the new year, like the gifting of money in a red envelope, the eating of spring rolls (since it is a spring festival like in Vietnam) and celebrations like a dragon parade and fireworks.

In China, the country also often celebrates national achievement, but is finding its 2018 choice landing the producers of a celebratory new year’s show in hot water. The national broadcaster wanted to highlight Sino-African relations but cast a Chinese actress to play an African woman, complete with blackface.

Will you be celebrating lunar new year this weekend? Tell us how you celebrate @BritandCo!

Kat Armstrong
Kat has been a writer, social media maven and mom for longer than she's willing to admit. She's also spent time in front of and behind the camera, interviewing celebs, politicians and acting as a producer for fashion and artistic photography shoots. When she isn't writing for various orgs and publications, she's hanging with her kids, husband and French Bulldog, Peter, in Toronto, Canada.
holiday
Current Events
holiday inclusivity
More From Current Events