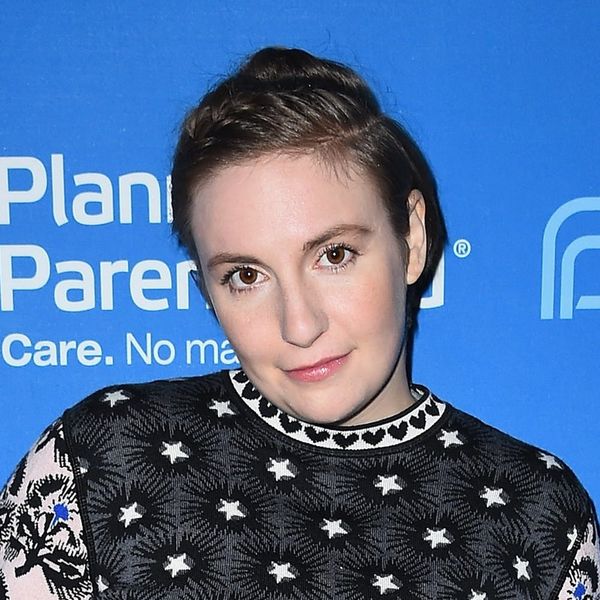 It seems as if every day, there is another sexual misconduct accusation against another male celebrity. Stemming from the downfall of Harvey Weinstein, the #MeToo movement has supported victims and opened floodgates to a conversation about the harassment and assault of women by powerful men. But responses from women in Hollywood have been mixed. While most have thrown their support toward their colleagues (and other women, in general), others have made epic mistakes, like Lena Dunham’s controversial statement in defense of former Girls writer Murray Miller (which she later retracted).

With the accusations against Senator Al Franken coming up in the news last week, 36 Saturday Night Live staffers — all women — wrote a letter of support for the comedy show’s famous alumnus. But here’s the thing: It shouldn’t be up to women to defend men accused of terrible acts. Even if you feel torn about the behavior of a man you love or respect, it’s okay to be unsure of how to process it without giving him a pass just because he’s your friend.

In a November 16 episode of Sarah Silverman’s Hulu show, I Love You, America, the brash comedian asked outright, “Can you love someone who did bad things?” She was, of course, referencing her friend, Louis C.K., whose admission of sexual misconduct involving a number of women has left many in the comedy world reeling.

While Silverman didn’t want to have to talk about the allegations specifically, she admitted that breaking open the way women are treated is like “cutting out a tumor,” which can be messy, but is necessary for our health. “If it’s mentionable, it’s manageable,” the comedian said, admitting that while she’s still processing everything, the reality of what the victims went through is more important than how she feels about it.

“I believe with all my heart, that this moment in time is essential,” she said. “It’s vital that people are held accountable for their actions.”

Of course, Silverman isn’t the only person with complicated feelings about allegations against male friends and colleagues. After a number of women came forward this week to accuse CBS This Morning host Charlie Rose of harassment, his cohosts, Gayle King and Norah O’Donnell, addressed the allegations head-on after Rose was suspended from the show (he was later fired).

“I am not okay,” King said. “After reading that article in The Washington Post, it was deeply disturbing, troubling, and painful for me to read. That said, I think we have to make this matter to women — the women that have spoken up, the women who have not spoken up because they’re afraid. I’m hoping that now they will take the step to speak up, too, that this becomes a moment of truth.”

She went on to express the difficult emotions about her former friend and longtime cohost, saying, “I’ve enjoyed a friendship and a partnership with Charlie for the past five years. I’ve held him in such high regard and I’m really struggling because how do you, what do you say when someone that you deeply care about has done something that is so horrible? How do you wrap your brain around that? I’m really grappling with that. That said, Charlie does not get a pass here. He doesn’t get a pass from anyone in this room. We are all deeply affected, we are all rocked by this.”

While it can be easy to dismiss accusations against a friend, it is important to remember that fewer than two percent of assault allegations are false. While we may want to protect friends or people we admire from the small chance that allegations against them are false, by speaking in favor of abusers, we refuse to hold men accountable for their actions, giving them a pass.

Instead of congratulating male friends and family members for giving women basic human respect, we need to remember that all people who harm others should be held accountable for their actions. And yes, it can be challenging to learn that someone we love and admire has done a terrible thing to another person, but with one in every six women having experienced rape in our lifetime, and with the majority of those causing the assaults being a person we know, there is bound to be someone you may love or admire on the growing list of abusers.

Because if we throw our support behind the person committing the act, and not the victim, it’s simply another way to remind victims of assault that they won’t be believed or that their position makes their allegations unimportant. Just because something bad didn’t happen to you, it doesn’t mean it didn’t happen.

How do you support victims of abuse? Tell us @BritandCo!

Kat Armstrong
Kat has been a writer, social media maven and mom for longer than she's willing to admit. She's also spent time in front of and behind the camera, interviewing celebs, politicians and acting as a producer for fashion and artistic photography shoots. When she isn't writing for various orgs and publications, she's hanging with her kids, husband and French Bulldog, Peter, in Toronto, Canada.
Controversy
Current Events
Controversy lena dunham
More From Current Events