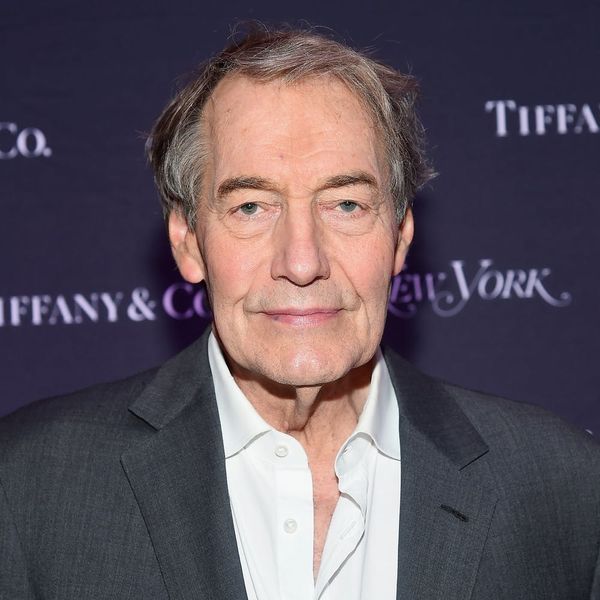 UPDATE (November 21, 12:44pm ET): Charlie Rose has been fired by CBS amid recent sexual harassment allegations, the network announced Tuesday. According to the Los Angeles Times, CBS News President David Rhodes shared the news in a note to staff.

“A short time ago we terminated Charlie Rose’s employment with CBS News, effective immediately,” the note read. “This followed the revelation yesterday of extremely disturbing and intolerable behavior said to have revolved around his PBS program. Despite Charlie’s important journalistic contribution to our news division, there is absolutely nothing more important, in this or any organization, than ensuring a safe, professional workplace — a supportive environment where people feel they can do their best work. We need to be such a place.”

Charlie Rose, the host and journalist behind the long-running talk show of the same name, is the latest major media figure to be accused of sexual harassment, and his broadcasters have taken immediate action to suspend him in light of the allegations.

On Monday, the Washington Post published accounts from eight women, including interviews with three who spoke on the record, who allege that Rose, 75, made non-consensual sexual advances toward them while they worked or had aspirations to work on the host’s show. The claims include groping, inappropriate phone calls, and Rose walking around naked in the presence of female colleagues, to name a few, and cover a time period from the late ’90s until 2011.

Rose issued a statement to the Post saying that while he apologizes, he also disputes the accuracy of the allegations.

“In my 45 years in journalism, I have prided myself on being an advocate for the careers of the women with whom I have worked,” he said. “Nevertheless, in the past few days, claims have been made about my behavior toward some former female colleagues. It is essential that these women know I hear them and that I deeply apologize for my inappropriate behavior. I am greatly embarrassed. I have behaved insensitively at times, and I accept responsibility for that, though I do not believe that all of these allegations are accurate. I always felt that I was pursuing shared feelings, even though I now realize I was mistaken.”

“I have learned a great deal as a result of these events, and I hope others will too,” Rose added. “All of us, including me, are coming to a newer and deeper recognition of the pain caused by conduct in the past, and have come to a profound new respect for women and their lives.”

Both PBS, which airs Charlie Rose, and CBS News, where Rose appears as an anchor and co-host, have suspended him from the air. On Tuesday morning, CBS This Morning hosts Gayle King and Norah O’Donnell addressed Rose’s suspension. “There is no excuse for this alleged behavior,” O’Donnell said. “This will be investigated. This has to end. This behavior is wrong, period.”

It’s been just over a month since allegations against Harvey Weinstein first rattled Hollywood, and in the few weeks since, several more powerful men now nearing the dozens have also been accused of sexual misconduct.