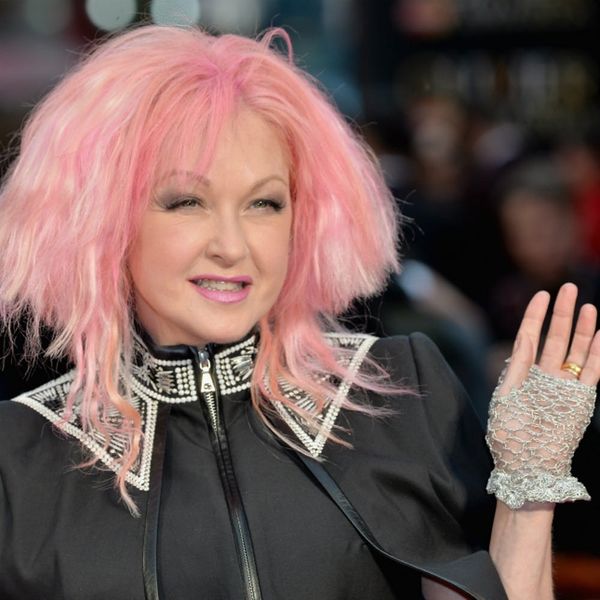 James Corden’s really been on a roll with musical numbers on The Late Late Show. Just last week, he had Gwen Stefani, George Clooney and Julia Roberts belting it out in Carpool Karaoke, and this week, he’s teamed up with pop icon Cyndi Lauper to redo one of her classic songs. Rewriting Lauper’s ode to the independent girl, the duo take on the mind-blowing wage gap: Girls Just Want Equal Funds. Luckily, there’s already an app that will split the dinner bill according to the wage gap.

Can we just take a moment and say, boy oh boy, Cyndi still sounds amazing? Both wearing Cyndi’s iconic pink hair (though we suspect James’ is a wig) and all-black outfits, the duo belt out lyrics that are on-point about wage inequality, even singing “we’ll get the check when we make the same.” Check out the full video below.

While the whole set up is for comedy and really quite tongue-in-cheek, it’s reminding us of a serious message. Maybe with more gentle reminders like this, we’ll start seeing that straight-up insane lifetime wage gap drop from nearly $500,000 down to zero. This is one feminist anthem we want to blast ALL day.

What do you think about Cyndi and James’ duet? Tell us @Britandco!