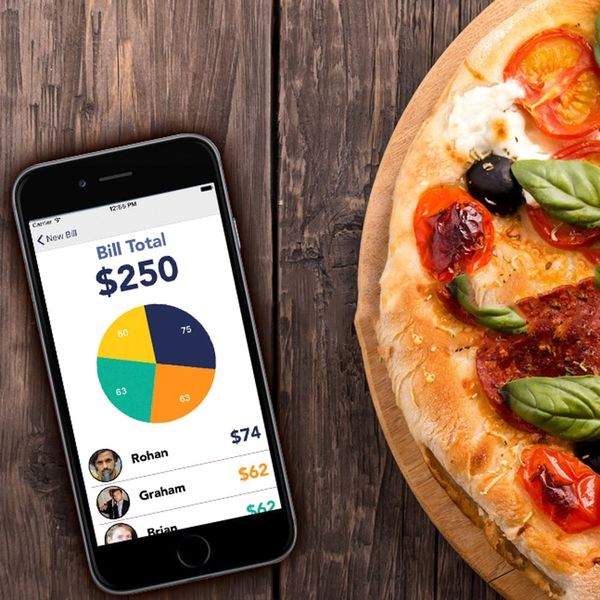 No, wage gaps aren’t funny, but sometimes life is about laughing through the pain, amirite? That’s what the winners of this year’s Comedy Hack Day think anyway. They created an iOS app that a group of people can use to split the bill at a restaurant, but with a very important (and frankly, hilarious) catch: It takes into account the statistics surrounding what women and P.O.C.’s earn compared to white men. In other words, if you’re a Caucasian male and you and your friends are using Equipay, get ready to pay a little more thanks to that whole no glass ceiling thing.

Equipay, whose slogan is, “Get your piece of the pie,” was developed as part of a competition for Comedy Hack Day, an event series that brings together comedians and developers to create some hilarious tech inventions. But while the idea might have been a half-joke, the problem behind it definitely isn’t. The app uses data from the US Bureau of Labor Statistics about what various groups like gender and ethnicity to determine what percentage each person should pay.

“Splitting evenly isn’t always fair,” the app’s webpage reads. “Equipay helps you avoid the entrenched discrimination that exists in our society. It doesn’t split the bill equally — it splits it equitably. You pay what you should to balance out the wage gap.”

As an added bonus, if you’re having dinner with group with a lot of combined privilege, Equipay puts on an EquipayItBack Surcharge that goes toward subsidizing meals for groups with less privilege — and helps fund Equipay’s charity initiatives. Plus, as long as your friends are somewhat socially conscious, you’re sure to have some great dinner conversation about wage gaps.

Equipay hasn’t launched quite yet, but it’s coming to iOS soon!

Would you use Equipay? Tweet us your thoughts at @BritandCo!

Kylie Kendall
Kylie is a freelance writer living in Ottawa, Canada. When she's not writing, you might find her scoping out all-day breakfast spots in her city or taste-testing every bottle of red wine under $10.
Feminism
Tech
Feminism Tech News