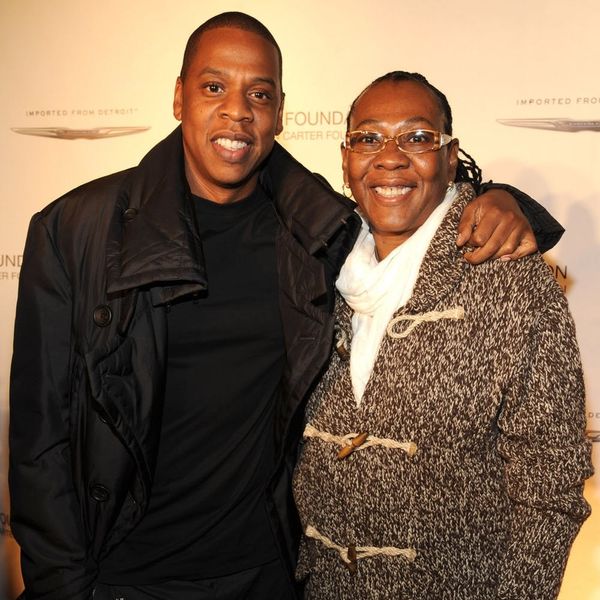 With the drop of JAY-Z’s latest record, 4:44, last June, fans got a glimpse into the rap mogul’s private life and family. On the album — which many view as a response to wife Beyoncé’s ode to heartbreak, Lemonade — he not only opened up about his marriage, but he also rapped about his mother coming out to him and revealing she was in a relationship with a woman.

In an interview with The D’Ussé Podcast earlier this week, Carter recalled coming out to her son and revealed why she decided to allow her son to share her personal story with the world.

“Me and my son, we share a lot of information, so I was sitting there and I was telling him one day, I just finally started telling him who I was,” Carter said on the podcast. “Besides your mother, this is the person that I am, you know? This is the life that I live.”

Carter said JAY-Z started tearing up when she told him. Afterward, he was inspired to write a song about her, which led to an emotionally charged conversation. “The first time I heard the song, I was like, ‘Eh, I don’t know, dude. I ain’t feeling that,'” she admitted.

Carter was anxious about having her story on his album. She told her son at the time, “I was sharing myself with you, not to share myself with the world… I don’t know if I’m ready for that.”

Later, on a flight to visit her son and his family, Carter put pen to paper, hoping that the poem she was writing would help him understand her better. When she shared the poem with him, he hit record, turning her words into the outro on “Smile.”

“I was never ashamed of me,” Carter clarified about why she finally relented in letting her son share her story. “I’m tired of all the mystery. I’m gonna give it to them… So now that I told you, what do you have to talk about? So now maybe you can focus on the phenomenal things I do.”

Have you ever had a family member come out? Tell us @BritandCo.