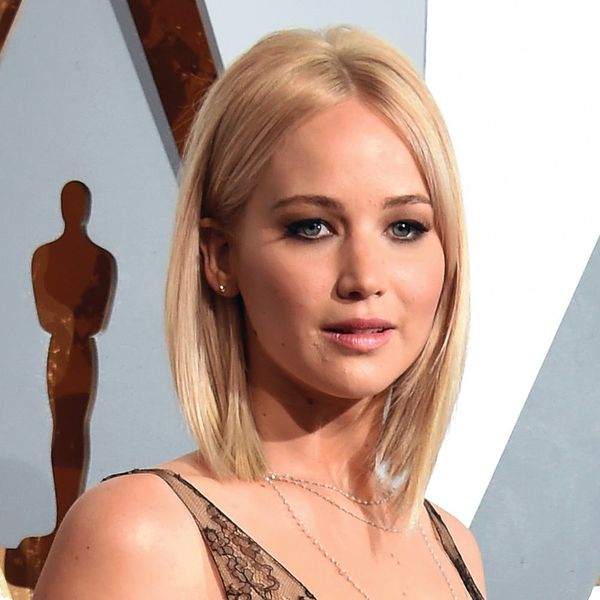 Jennifer Lawrence is certainly a force to be reckoned with in Hollywood, being a mega-star, an Oscar-winner, and one of the highest paid ladies in the biz. It may seem like she can do anything she puts her mind to. But that’s not exactly true. There’s definitely one thing that JLaw absolutely cannot do. She just can’t NOT talk.

In a new Harper’s Bazaar interview, Jennifer Lawrence is described right off the bat as “a talker.” That claim is quickly backed up when it’s suggested that the celeb spend a few minutes in silence. “’No!’ she yelps. ‘That would make me want to talk more than anything. All of a sudden a million words would flood into my head.’ She looks genuinely panicked.”

With her tiny pup, Pippi, running around the room in the Robert De Niro-owned Greenwich Hotel, Jennifer did indeed talk. Topics ranged from her currently-filming role in X-Men: Apocalypse to her Valentine’s Day dinner with comedic bud Aziz Ansari: “It was the one night I could see Aziz. For Valentine’s he got me a stuffed animal and I got him a That’s So Raven Valentine’s Day card.” (Um, amazing!) There were also dinners with fellow famous friends Adele, Emma Stone, Amy Schumer and Lena Dunham.

But the wonderfully chatty celeb didn’t stop there. Other topics included her love life, her now-famous views on equal pay in Hollywood and feminism: “I don’t know why that word is so scary to people; it shouldn’t be, because it just means equality…” Did we mention that she likes to talk? She does. And we loooove it!

Are you (or someone you know) a “talker”? Tag your talkative friends and let us know @britandco!