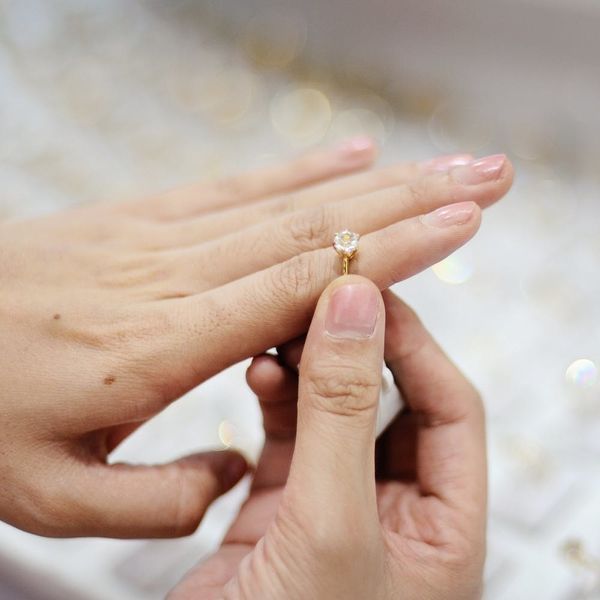 This weekend was a tough one for survivors of sexual assault and those supporting/working on their behalf: Brie Larson, a victims’ advocate (and last year’s Best Actress for her part in Room), was faced with the not-so-pleasant task of having to hand this year’s Best Actor in a Leading Role to Casey Affleck. As you may or may not recall, the Oscar-winner came under scrutiny earlier this year over allegations that he had both verbally and physically assaulted female crew-members working on his film, I’m Still Here. (The case was settled out of court.) Now, two of the jewelry industry’s biggest names, Kay Jewelers and Jared the Galleria of Jewelry, have come under fire for charges of sexual harassment and discrimination.

Kay and Jared, both owned by parent company Sterling Jewelers, a conglomerate under Signet, have received statements from more than 250 employees (both male and female) calling out company leaders in a private class-action lawsuit.

According to the employees’ declarations, Sterling encouraged a discriminatory atmosphere for decades spanning the 1990s through the early 2000s and condoned acts of sexual harassment which included groping, verbal abuse, and suggestions to perform sexual favors for higher-ups in exchange for job security. The women also reportedly faced wage discrimination — namely, promotion pass-overs and lower salaries compared to their male counterparts.

As one former manager, Ellen Contaldi, told The Washington Post, “I didn’t like being alone, anywhere. I used to dread going to the meetings. If you were even remotely attractive or outgoing, which most salespeople are, you were meat being shopped.” She went on to call out the company’s leadership, or lack thereof, telling the outlet, “It was like nobody knew right from wrong, and there was nobody trying to show anybody right from wrong. There was no discipline. There was no consequence. You were on your own.”

First filed back in 2008 by a dozen women, the case has since grown to include 69,000 current and former employees and is only now being made public by lawyers, despite the fact that many of the allegations occurred more than a decade ago.

The claimants are seeking “punitive damages and years of back pay,” thought they won’t likely be receiving it without a fight, as Sterling is denying any wrongdoing. In a statement to Refinery 29, an unnamed spokesperson for the company said as follows: “Because of our long-term commitment to equal opportunity, we have taken the allegations of pay and promotions discrimination raised in this case very seriously. We have thoroughly investigated the allegations and have concluded they are not substantiated by the facts and certainly do not reflect our culture.”

While the statement also notes that NONE of the 69,000 class-action members brought “claims in this arbitration for sexual harassment or sexual impropriety,” Sterling spokesperson Dave Bouffard gave The Post slightly different information. With regards to allegations of sexual harassment and discrimination, Bouffard claimed they “involve a very small number of individuals,” adding that such claims were being used by arbitration attorneys “to paint a negative and distorted picture of the company.”

What’s your take on the latest allegations of sexual harassment in the workplace? Sound off over @BritandCo.

Nicole Briese
Nicole is the weekend editor for Brit + Co who loves bringing you all the latest buzz. When she's not busy typing away into the wee hours, you can usually find her canoodling with her fur babies, rooting around in a bookstore, or rocking out at a concert of some sort (Guns N' Roses forever!). Check out all her latest musings and past work at nicolebjean.com.
Jewelry
Politics
Jewelry Politics
More From Politics