The One Thing You Should Know Before Asking Someone Out, According to Jennifer Lawrence 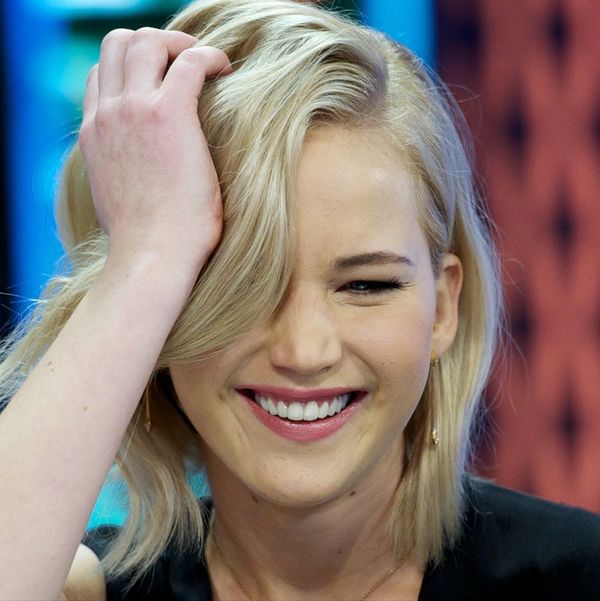 If you’ve been exposed to the brutal world that is the modern dating scene, you know it’s tough out there. With only 6% of singles meeting at bars or clubs (yikes), first interactions are moving aggressively into cyberspace. But if you’re a major A-list celeb, chances are you probably don’t have a Tinder account because, you know… stalkers. So what’s a famous, single twentysomething like Jennifer Lawrence to do? Find a dude through work, obviously. Except according to a confession she made last night, it seems she tends to forget one VERY crucial step in the courting process.

While making an appearance on Late Night With Seth Meyers, J.Law used the opportunity to come clean about something: She used to have a HUGE crush on Seth. She tells him, “I had this whole plan like all week. I was like ‘He’s going to ask me out. He’s totally going to ask me out’ and then later in the week I was like ‘I’m going to ask him out.'” She goes on to say, “I created the romance in my head because I’m delusional.” Sadly for Jen, just as she was pumping herself up to make the big move, a woman in SNL‘s wardrobe department told her, “Honey, he’s engaged.”

Jennifer goes on to say, “I would never go out for somebody’s man but I always forget about step one: Find out if he already has a woman. I get so carried away and into the delusion of like ‘Oh my god, we’re in love!'” There are many things we’ve learned from Lawrence, but this one is definitely going to stick with us for the long haul.