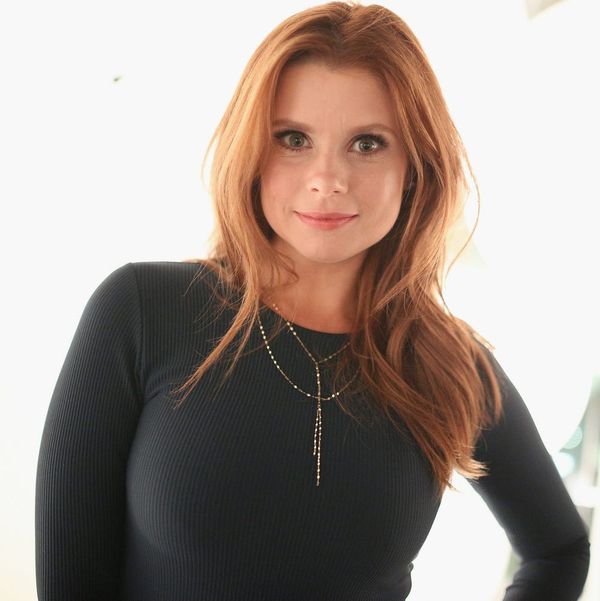 We thought we’d seen the pinnacle of cuteness when we peeped Reba actress JoAnna Garcia Swisher’s pregnancy announcement back in February. Featuring her and hubby, the Atlanta Braves’ Nick Swisher, along with two-year-old daughter Emerson Jay holding an “eviction notice” pic inside her crib, it was one of the most creative announcements of a forthcoming stork visit that we’ve seen this year. Now, 17 weeks later, that stork has made a landing… and brought the cutest little baby girl.

Taking to her Instagram just this afternoon, JoAnna shared a lovely pic of herself, daddy Nick, and the sweet and seemingly brand-new baby with the caption: “So excited to introduce you to our tiniest princess, Sailor Stevie. She has stolen our hearts and our family feels complete <3, Nick, Jo & Big Sister Emme #SSS”

Sailor Stevie! Um, did anyone say #BabyNameGoals? Maybe the newest addition to the Swisher family and Kristin Cavallari’s daughter Saylor James are destined to be BFFs. All we can say for sure is that we are smitten. Ahoy!

What do you think of this naval name? Tell us @britandco!