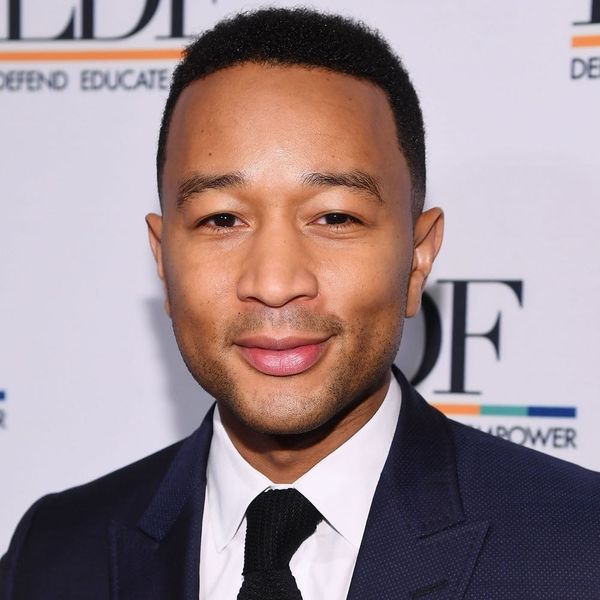 NBC’s Jesus Christ Superstar has found its star! John Legend just signed on to play the title role in the network’s live concert staging of the 1971 Broadway show, which is set to air on Easter Sunday in 2018.

NBC previously announced that Alice Cooper would play the part of King Herod, and now that the “All of Me” crooner has landed the part of Jesus Christ himself, we’ll definitely be tuning in.

“We’re all overjoyed to have world-class musical artist and producer John Legend starring as Jesus,” NBC Entertainment chairman Robert Greenblatt said in a statement to The Hollywood Reporter. “This score demands a singer with an amazing range and an actor with great depth, and there isn’t anyone better to bring this story to a new audience.” (That’s certainly backed up by the fact that Legend is an Oscar, Tony, and 10-time Grammy winner.)

Greenblatt added: “His casting is also groundbreaking as the traditional image of Christ will be seen in a new way.”

Tim Rice, who wrote the lyrics for the musical, praised Legend’s casting, too. “John Legend is a superstar,” Rice told THR. “As a performer, his voice is infectious and effortless. As an actor, he is believable and honest. I’m thrilled he will be able to share his portrayal of Jesus with the world.”

As for Jesus, er, Legend himself, he’s excited to be stepping into the role. “I’m thrilled to join the cast of this production of Jesus Christ Superstar Live in Concert!,” he said. “It’s such a powerful, meaningful musical and I’m humbled to be part of this performance. We’ve already formed an incredible team, and, as we finish casting, I’m certain we will put together some of the greatest talents around to do this work justice.”

Jesus Christ Superstar Live in Concert! will be a concert presentation of Andrew Lloyd Webber’s musical about the final week of Jesus’ life. It will be staged in front of an audience at the Marcy Armory in Brooklyn’s Williamsburg neighborhood, airing on NBC on April 1, 2018.

What do you think about John Legend playing Jesus in the Jesus Christ Superstar Live in Concert! musical? Let us know @BritandCo!