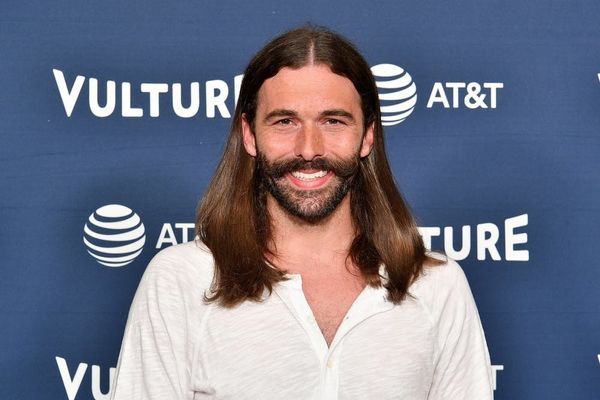 When Queer Eye first premiered on Netflix in early 2018, the world fell madly in love with Jonathan Van Ness — and for good reason. The grooming expert’s larger-than-life personality made for immediately quotable quips, and it soon became obvious that beneath all that sass was a genuinely thoughtful and kind person, with a deep interest in and care for people.

Since 2015, Van Ness has also been showcasing his hammy-yet-insightful personality on his podcast, Getting Curious With Jonathan Van Ness. Not surprisingly, the podcast, an interview show that features Van Ness speaking with an expert on a topic about which he is curious, has increased its audience significantly since the success of Netflix’s reality show reboot. But Van Ness has been unapologetically himself since the very beginning.

If you’re a new listener to the show, it might be the interviews with Van Ness’ fellow Queer Eye cast members that initially draw you in. And then maybe you notice other intriguing episode titles, such as “Is Saudi Arabia Cute Now?”; “What Is Gender Identity?”; “What Do White People Need to Know About Racism?”; and “What is Toxic Stress & Why Is She So Bad?”

The conversations, while serious, are buoyed by Van Ness’ casual and affectionate demeanor. He often calls his guests “henny,” and he isn’t afraid to ask what’s on his mind. Like on the show, Van Ness speaks his piece and creates an inviting and non-judgmental space for others to do the same.

As a result, his conversations with his guests are both sweet and surprisingly informative. In that way, the podcast is an example of what can happen when we let go of the self-consciousness and ego that can sometimes hold us back from connecting with people. It’s also a reminder about how important it is to keep our minds open to other perspectives and to continue to learn about the world around us.

Those messages are at the heart of Queer Eye, too. On both the Netflix show and his podcast, Van Ness exudes an earnestness and a wonderment that is frankly too rare. He never stops learning, or wanting to learn. And that may be the best lesson of all.

RELATED: 9 Shows to Watch If You Love ‘Queer Eye’