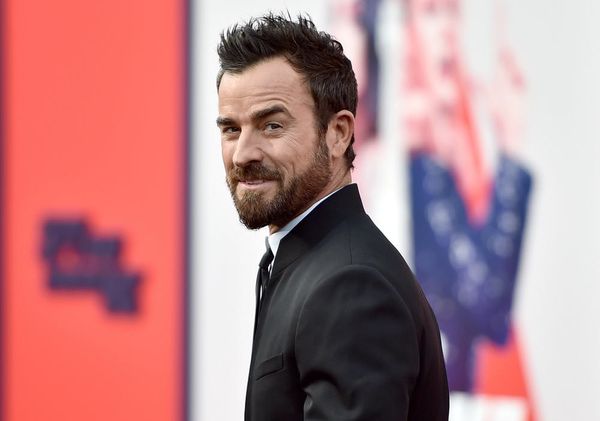 It’s been seven months since Jennifer Aniston and Justin Theroux “lovingly” separated after two years of marriage, and both stars have remained pretty tight-lipped about the split — until now, that is. The actor, who told us earlier this year that “getting dumped is the worst,” opened up to The New York Times about the end of their relationship, describing it as both “heartbreaking” and “gentle.”

“The good news is that was probably the most — I’m choosing my words really carefully — it was kind of the most gentle separation, in that there was no animosity,” he told the paper.

He went on to reveal that the really difficult part was handling the media coverage — “Navigating the inevitable perception of it is the exhausting part” — before adding, “Again, neither one of us is dead, neither one of us is looking to throw hatchets at each other. It’s more like, it’s amicable. It’s boring, but, you know, we respected each other enough that it was as painless as it could be.”

Which isn’t to say it didn’t hurt. “It was heartbreaking, only in the sense that the friendship would not be the same, as far as just the day to day,” he admitted, adding that it’s something they’re actively working on. “The friendship is shifting and changing, you know, so that part is something that we’re both very proud of.”

Aniston previously alluded to the separation in an interview with InStyle last month. “The misconceptions are ‘Jen can’t keep a man’ and ‘Jen refuses to have a baby because she’s selfish and committed to her career.’ Or that I’m sad and heartbroken,” she said at the time. “First, with all due respect, I’m not heartbroken. And second, those are reckless assumptions. No one knows what’s going on behind closed doors. No one considers how sensitive that might be for my partner and me.”

Should celebrity couples be given more space amid breakups? Tweet us @BritandCo.