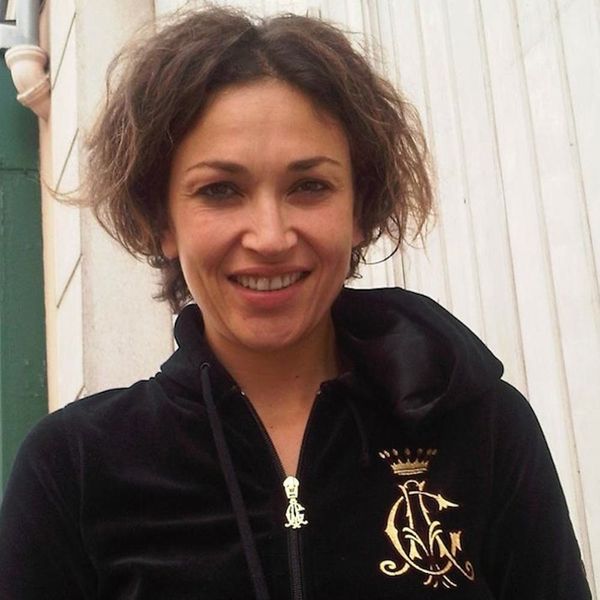 Take a second to think of the strongest person you know. We’re willing to bet you just thought of your mom or whatever mom-like figure you have in your life. Moms are the best! They’re always there to teach us killer style tips, help us hack our lives and just inspire us on the daily. Moms go to many lengths to make the best life possible for their kids (everything from car lifting to care packages). So what happens when a kid has a problem a mom has never even heard of before? For Karen Aiach, a 43-year-old French mama, the solution was to hack biotech.

Forbes reported that Aiach was an accountant who first worked for big companies before starting her own boutique consulting firm. Ten years ago, Aiach and her family got the devastating news that their newborn daughter Ornella was diagnosed with Sanfilippo Syndrome, a genetic disorder that affects the metabolism. Aiach and her family were told that Ornella would have major developmental problems and would probably only live to the age of 20. When Aiach found that not enough research was being done to treat this disease, she decided to take matters into her own hands and develop her own treatment.

Aiach left accounting to explore the world of gene therapy and eventually went on to start a biotech company called Lysogene in 2009. She says it was hard for her to break into this field seeing as she had no prior science experience. “The biggest challenge for me at the beginning was that I was not a scientist or a clinician or gene therapist,” she told Forbes. “I was a mother taking responsibility to build a program and manage it.” She persevered through the doubt, knowing, as she put it, “just because something has not been done doesn’t mean it is a bad idea.”

After years of hard work, asking friends for money and testing the therapy on Ornella and other patients, Aiach and the company she founded have made big strides. Before they started therapy, Ornella “lost speech skills around age of 3 and become extremely hyperactive — she would run day and night everywhere in the house and break everything, putting herself and everyone in danger.” But nowadays she’s a smiling six-year-old who is living a fuller life thanks to her mom’s courage and determination. Aiach is inspired to keep working hard but says “now I have a smiling kid at home, which is the best outcome I could have dreamed of.”

How far would you go to create a better future for your kid? Tell us in the comments!