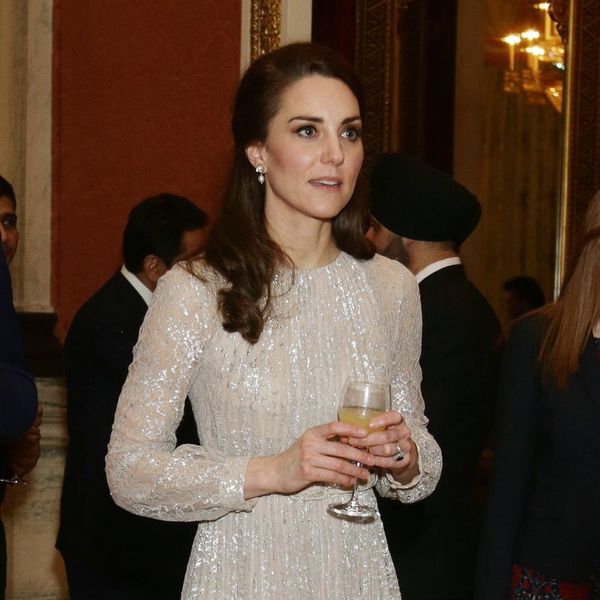 While we’re used to seeing Kate Middleton recycle her clothes, it’s not as common to see her wear a style that another famous face has already selected. On Monday, though, the Duchess of Cambridge attended the 2017 UK-India Year of Culture event in glittery dress that looked awfully similar to a style spotted on the Oscars red carpet just one day before.

For the reception, the Duchess was a sparkling vision in a long-sleeved, below-the-knee Erdem dress with Oscar de la Renta heels. But, if you saw red carpet photos of the Academy Awards this weekend, you may have given her dress a second glance. Why?

While the duchess has yet to attend an Academy Awards show, she has shown off her regal style on the award show red carpet when she attended the 2017 BAFTA awards in a custom Alexander McQueen gown. Yeah, we think think she’d definitely nab best dressed if she ever decided to attend the Oscars.

Which dress do you prefer? Let us know @BritandCo!