How Kate Middleton Is Adding #Girlboss to Her Royal Title 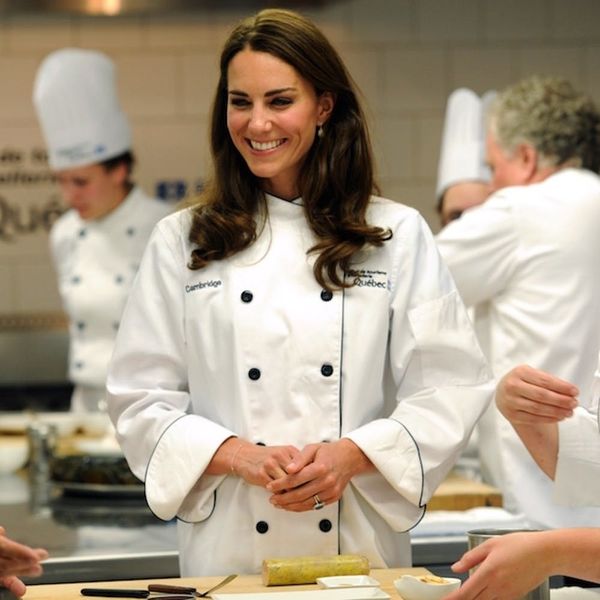 Kate Middleton’s full royal title is “Her Royal Highness The Duchess of Cambridge,” which is already quite a mouthful, but she might just be tacking #girlboss to the end of that. Aside from being a serious philanthropist, style icon and mom of two, the British royal is possibly also becoming a business woman. According to Vanity Fair and many others, Kate might have something cooking in the kitchen — plans to launch her very own organic foods company.

The Duchess of Cambridge will reportedly be undertaking the business with her younger sister Pippa Middleton, who recently took a nutrition course in New York City. The two sisters are both rumored to be awesome chefs. In fact, we know that Kate doesn’t employ a royal chef and prefers doing the cooking for her own family — including preparing all of Prince George’s meals and pureeing Princess Charlotte’s baby food.

Right now, according to Marie Claire, people are putting money on the sisters naming their co. “Anmer Organics” after Anmer Hall, where the Duke and Duchess keep a family home + organic gardens, and plans on selling organic baby food as well as grow-your-own vegetable kits.

Kate will be following in the footsteps of her royal father-in-law, Prince Charles, who has his own 300-product-range food line called Duchy Organics sold through Waitrose supermarkets in the UK.

What do you think of the news of Kate’s organic foods co.? Tell us in the comments below!

Kimberly Wang
Kimberly Wang writes about all things pop culture, tech, style, and beauty. She's a Bay Area transplant and has an MFA in Creative Writing from Columbia University. On a sunny New York day, you can find her hanging out with her mini schnauzer Isabelle Jellybean on a blanket in Central Park.
Girlboss
Pop Culture
Girlboss Kate Middleton