Kelly Clarkson Is Fangirling Over Performing With Pink at the AMAs 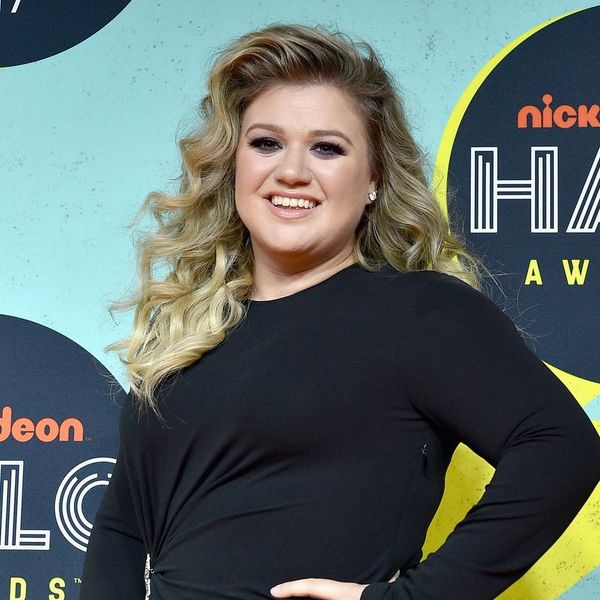 The 2017 American Music Awards have some pretty stellar performances scheduled. And while we’re excited to witness Selena Gomez take the stage for the first time since her kidney transplant, Kelly Clarkson is fangirling over another planned set: her very own duet with Pink!

“Oh my gosh, I’m so excited,” Clarkson told Entertainment Tonight, revealing that although the two are set to open the show together, they’ve never even formally met.

She added, “I think we met in passing, like, quickly on the Today show right after I won American Idol, like, 15 years ago [in 2002]. But we didn’t really talk. She was talking to Justin [Guarini] because they’re both from Philly, and I guess went to the same school [Central Bucks]. So I didn’t really get to talk to her then.”

They might not be IRL friends (yet!), but the “Love So Soft” singer said that she has always been a “huge fan” of her contemporary and feels like they have a lot in common. “I think, honestly, at the end of the day, even though we’re different artists, at the core, we both love great singers, we both love soulful music. She’s branched out just like me, in like the singer-songwriter kinda country stuff or rock ‘n’ roll. We both love a lot of the same things.”

She continued, “I think, too, just the level of respect that comes with that, the admiration. Even though we are different, we do have a lot of similarities. I’ve been really excited about doing this with her.”

She echoed that same sentiment on Twitter, saying, “Gonna play it super cool whilst singing with @Pink this Sunday at the #AMAs ….but know on the inside I will be freaking the &$@! out 😬 #oneofthegreatestvocalistsofourgeneration #sheissorad #sundayissofarfromnow”

Gonna play it super cool whilst singing with @Pink this Sunday at the #AMAs ….but know on the inside I️ will be freaking the &$@! out 😬 #oneofthegreatestvocalistsofourgeneration #sheissorad #sundayissofarfromnow

Pink replied right back, “You’re joking! I am humbly prepared to be outsung:) I adore you and I cannot wait.”

You're joking! I am humbly prepared to be outsung:) I adore you and I cannot wait. https://t.co/o1DcDymbbY

You can definitely add us to the list of people who are super psyched for their duet on Sunday.

Clarkson, who recently joined The Voice, told ET that teaming up with Pink makes her a little nostalgic for her days growing up in Fort Worth, Texas, when she would watch her own idols come together. “When I was a kid, I remember anytime two big singers would get together that people were fans of… I remember, like, Mariah and Whitney Houston did it. I mean, not that we’re Mariah and Whitney,” she said with a laugh, “but just for our generation, being two popular females with popular music.” Oh, we get it and we love it!

However, the 35-year-old was also sure to point out, “The sad thing is, a lot of times people pit us against each other. And that happened right before our records came out. They’re like, ‘Who’s going to top each other?’ I was like, ‘Why can’t we both just be successful?’ It’s just one of those things where, I feel like they don’t do that to men. So, it’s really cool that Pink and I get this opportunity to show people like, ‘Hey! Everybody can be successful, there’s plenty of talent to go around, plenty of love to go around.’ We’re all different, but at the same time, we all love music and that’s why we’re here.”

We couldn’t agree more! And we can’t wait to see these two take the stage together this Sunday, November 19, when the 2017 American Music Awards kick off.

Are you excited to see Kelly Clarkson and Pink perform together during this Sunday’s AMAs? Let us know @BritandCo!