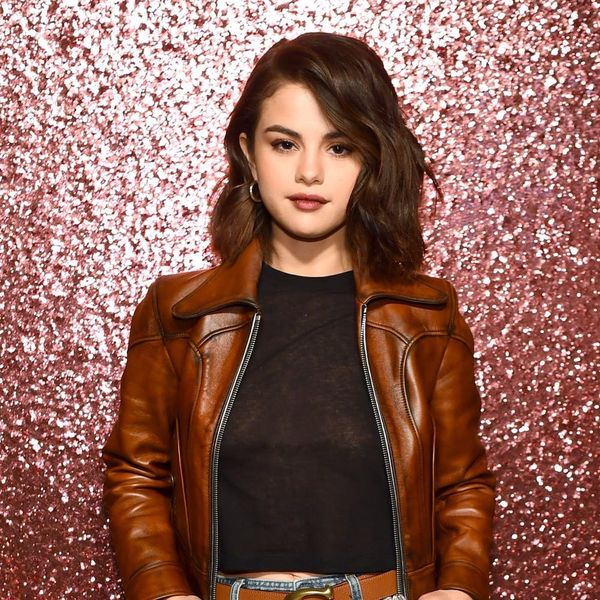 Nominations for the 2017 American Music Awards were announced earlier this month, and now, we’ve got our first performer, to look forward to, as well: Selena Gomez. The “Wolves” singer will be on hand to premiere her new single, marking her first live performance since revealing that she underwent a kidney transplant due to complications from Lupus.

Taylor’s bestie also tweeted the AMAs announcement, saying, “Can’t wait.” It’s safe to say fans, who have speculated that the song is about their the musician’s battle with Lupus (the word is, after all, Latin for “wolf”), likely feel the same.

The choice was perhaps a strategic one by the awards show, which drew some early criticism for its lack of female nominees. The 25-year-old also has a habit of making big onstage comebacks. As you may recall, she also made a rather memorable appearance at the 2016 AMAs, returning to the stage for the first time since attending rehab for anxiety and depression. The moment was an emotional one, to say the least, with the songstress revealing that prior to her time off, she felt “absolutely broken inside,” and urging her fans to take care of themselves too. “If you are broken, you do not have to stay broken.”

With both Gomez and The Secret Life of the American Teenager star Francia Raisa, who was the kidney donor for her pal, promising to share more of their shared experience at a later date, we’ve no doubt that this latest performance will be just as touching.

Watch live from the Microsoft Theater in Los Angeles November 19 at 8pm/7c on ABC.

Will you be watching Selena Gomez’s return to stage? Let us know @BritandCo.