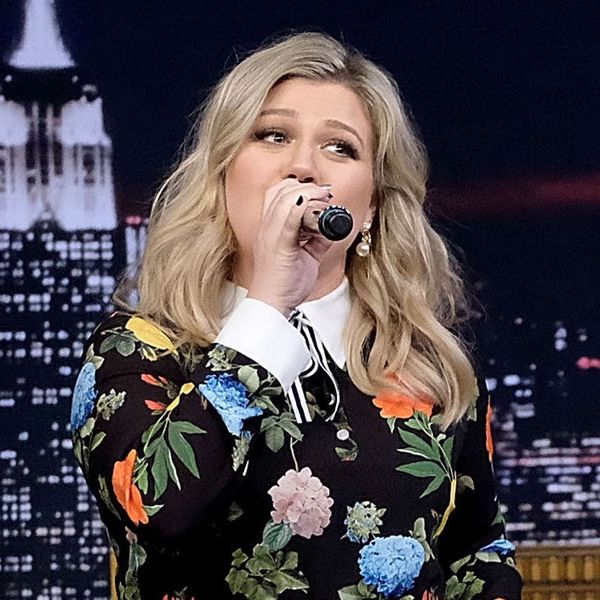 Kelly Clarkson isn’t afraid to get serious from time to time, but her sense of humor is never too far from the spotlight! The new Voice coach recently gave her hit song “Stronger (What Doesn’t Kill You)” a Google Translate makeover, and the results will have you giggling as much as she did while singing it.

Appearing on The Tonight Show Starring Jimmy Fallon, Clarkson used a teleprompter to sing along to the awkwardly translated lyrics, which had been switched from English to Mongolian and back again. The title of the song appeared as “Too Strong (If You Don’t Kill It),” and the chorus, “What doesn’t kill you makes a fighter, footsteps even lighter,” came out as, “If you don’t kill it offer a bribe, my legs are increasing.” Sure!

The American Idol winner was able to keep her composure through most of the mangled lines, though, naturally, she busted up with laughter a few times. Fallon has previously done the Google Translate bit (to equally hilarious degrees) with stars such as Miley Cyrus, Anne Hathaway, and Idris Elba.

Clarkson and Fallon then teamed up for a translated singalong to Sonny & Cher’s 1965 hit “I Got You Babe,” which translated to “I have your child.” The verdict? “That’s so creepy!” Clarkson said at the end.

Have you ever been surprised by Google Translate’s results? Let us know @BritandCo!