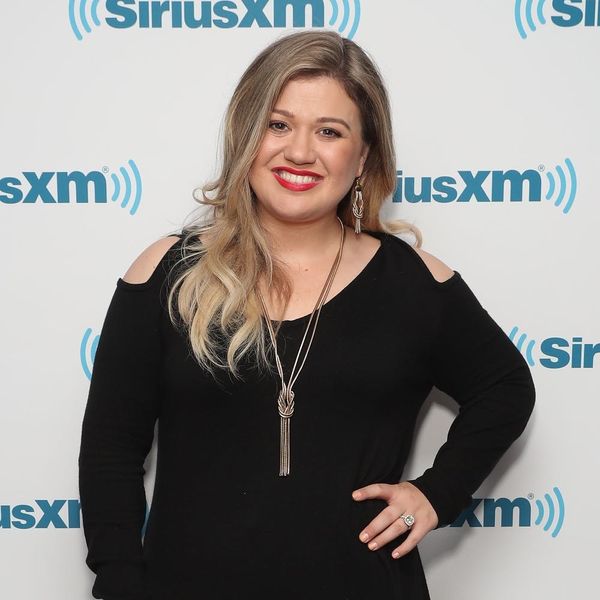 She has become one of the most famous voices since winning the first season of American Idol back in 2002, but it wasn’t all praise and success for Kelly Clarkson. The 35-year-old has talked openly about the body shaming she’s faced before, but, in an interview, Clarkson opened up about the darker side of fame.

“When I was really skinny, I wanted to kill myself,” the “Love So Soft” singer told Attitude magazine. “I was miserable, like inside and out, for four years of my life. But no one cared, because aesthetically you make sense.”

Clarkson added, “It was a very dark time for me. I thought the only way out was quitting. I like wrecked my knees and my feet because all I would do is put in headphones and run. I was at the gym all the time.”

However, later, “The Heartbeat Song” singer clarified that her comments about her unhappiness had nothing to do with pressures to be thin.

Just to clear something up. I wasn’t ever miserable because I had to be thin. I said I was miserable & as a result I became thin. https://t.co/N1uhyOWqMb

Instead, because she conformed to industry standards, her thinness masked her depression because people assumed that because she looked healthy, she was okay.

NOT TRUEI’ve never contemplated suicide because of my weight.I said people had no idea I was unhappy oddly enough because I appeared healthy https://t.co/Ddvumlrk5b

It wasn’t until around 2007 when she released her third album, My December, that Clarkson started to take control of her career and begin the journey to true happiness. “There’s a song on My December called ‘Sober.’ There’s this line ‘picked the weeds but kept the flowers’ and I just live my life by that because you are who you surround yourself with,” she told Attitude. “I was around some really negative people, and I got out of it because I had a lot of great people there too. It was a case of turning around, facing them and walking toward the light.”

In the years since, Clarkson has continued to create music and also a beautiful family with husband Brandon Blackstock. The couple share two children and she’s also a proud stepmom to Blackstock’s two children from a previous marriage.

These days, she’s an absolute champion of body positivity. In 2016, she told Redbook, “I think it’s important to tell girls that Photoshop is not reality, that’s not what we look like, that’s not what we want people to see,” she said. “This [her body] is real, and this is what’s happening right now, this is what I’m rocking… if I’m skinny one day or bigger one day, that ain’t gonna change how I sound. I still sound pretty dang good. And my talent is why I’m here.”

What do you think about Kelly Clarkson’s stories about trying to stay thin? Let us know @BritandCo!

Arielle Tschinkel
Arielle Tschinkel is a pop culture junkie who went to NYU because the Olsen twins went to NYU (really). She is a freelance writer whose work has also been featured on HelloGiggles, Refinery29, SheKnows, Bustle, Hollywood.com, and many others; and she's living her dream one Britney Spears GIF at a time. Follow her on Twitter @mrstschinkel or visit her website at arielletschinkel.com.
Body Positive
Beauty News
Body Positive
More From Beauty News