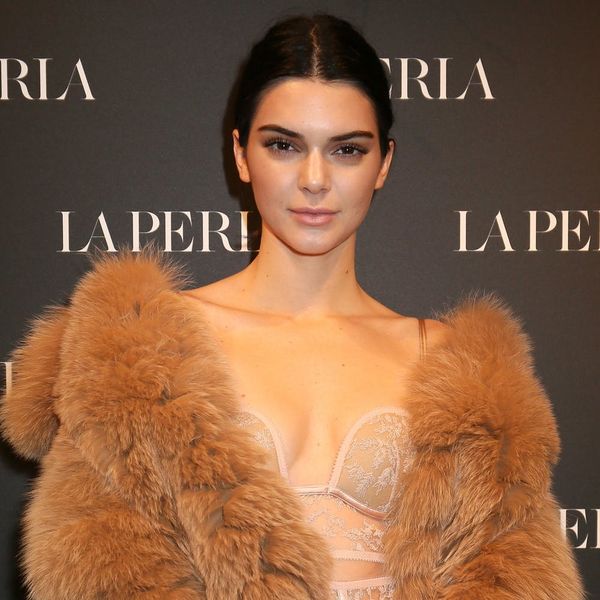 From New York to London to Milan to Paris, fashion month is the biannual event that breathes life into the fashion industry. While not everyone can be front row next to the likes of Anna Wintour (*ahem, fake Sisqó), Instagram gave us a window into all the sartorial action. In fact, between February 9 and March 7, the hashtags of #NYFW, #LFW, #MFW, and #PFW earned a whopping 387 million likes, comments, posts, and stories. And no model earned more likes than Kendall Jenner.

Yep, Kim Kardashian West’s little sis beat out other major names including Gigi and Bella Hadid, Cara Delevingne, and Hailey Baldwin to win this distinction. During fashion week both here and abroad, Jenner took her fans along the way via her Instagram as she walked for designers including Michael Kors and Ralph Lauren in NYC, Burberry in London, Fendi and Moschino in Milan, and Chanel in Paris.

And, just in case that wasn’t impressive enough, Jenner was the subject of the most liked designer pic from London Fashion Week, with a photo of her in a Burberry knitted hooded shrug racking up more than 57,000 likes — yowza!

According to Teen Vogue, other notable, non-Kendall IG posts included those from Chanel, Victoria Beckham, and Gucci to name a few, but the Kardashian-Jenner sis consistently topped them all. (Seriously, who tops V. Becks?)

Guess people can’t keep up with the Kardashians (or Jenners)?

Tag us in your favorite post from Fashion Week @BritandCo.

Nicole Briese
Nicole is the weekend editor for Brit + Co who loves bringing you all the latest buzz. When she's not busy typing away into the wee hours, you can usually find her canoodling with her fur babies, rooting around in a bookstore, or rocking out at a concert of some sort (Guns N' Roses forever!). Check out all her latest musings and past work at nicolebjean.com.
Kardashians
Style News
Kardashians Kendall Jenner NYFW
More From Style News