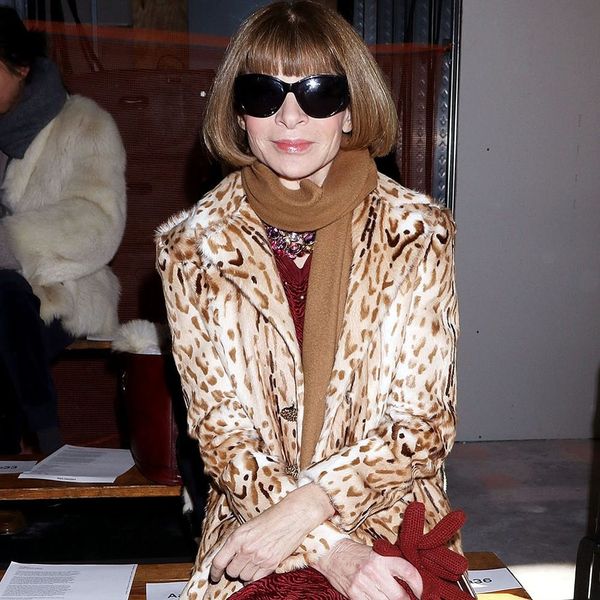 If New York Fashion Week had a queen it would unarguably be Anna Wintour. You can always count on finding the legendary editor-in-chief of Vogue sitting front row at all the major shows rocking big, black sunglasses on and a stern look on her face. As someone who’s totally mastered this whole fashion week thing, Anna’s outfits are typically something to be seen. Usually adorned with luxe fur or some ornate jacquard combo, she tends to go all out – except when she doesn’t and decides to wear a lazy girl-approved t-shirt instead. And so goes the story of the time Anna broke all her fashion rules and wore just that to yesterday’s Marc Jacobs Fall 2016 show.

It was an unexpected fashion choice, to say the least, but we have to admit we can totally get behind this (semi) low-key style switch-up – it is a sequined t-shirt after all. But make no mistake, Anna wouldn’t trade her structured style for just any tee, this is a recently released Hillary Clinton shirt designed by Marc Jacobs. In fact, it’s actually the same one Kendall Jenner was spotted wearing yesterday.

If you’re a Hillary supporter and want to rock this look alongside your fave celebs, we’ve got some good news: it’s for sale. You can score your own tee over on Hillary’s site for $45. Whether purchasing this will subsequently provide you with front row seats at fashion week, still remains unclear.