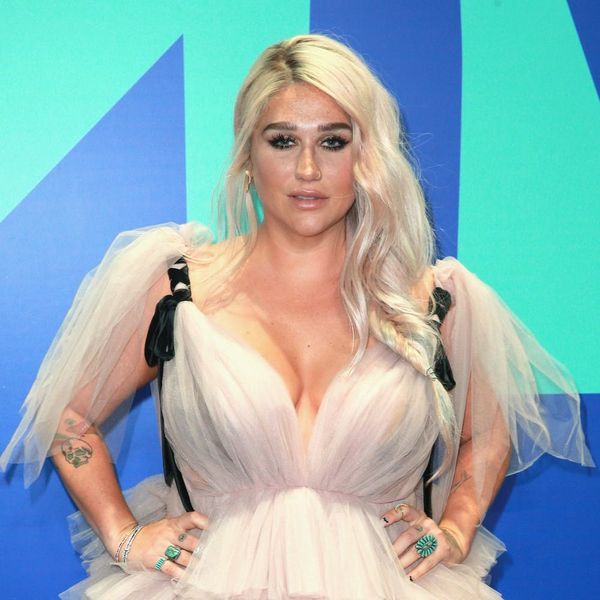 Kesha has undoubtedly had a challenging few years, most notably because of her legal battle with producer Dr. Luke Gottwald. But with the recent release of her triumphant comeback album Rainbow, the singer is embracing her new motto “live free.” And in a new Rolling Stone cover story, she’s not holding back on the details of the serious eating disorder that previously landed her in rehab.

Kesha appears on our latest cover. You can read the story in full at RollingStone.com. In the feature, she discusses her latest album ‘Rainbow,’ her legal troubles, Taylor Swift and more. “I feel like myself,” she tells us, “for the first time ever. And I made a record I’m extremely proud of, from the bottom of my guts.” Photograph by Peggy Sirota (@peggysirota)

“I was slowly, slowly starving myself,” Kesha, 30, said, agreeing with the interviewer’s suggestion that it sounded like she didn’t think she deserved to live. “I really just thought I wasn’t supposed to eat food. And then if I ever did, I felt very ashamed, and I would make myself throw up because I’d think, ‘Oh, my God, I can’t believe I actually did that horrible thing. I’m so ashamed of myself because I don’t deserve to eat food.'”

As her career progressed, so did her eating disorder. “The worse I got and the sicker I got, the better a lot of people around me were saying that I looked,” she told the mag. “They would just be like, ‘Oh, my gosh, keep doing whatever you’re doing! You look so beautiful, so stunning.'”

Kesha said her illness came to a head at a dinner party. She described the heartbreaking anxiety she experienced trying to hide her food from friends and family. “I was like, ‘Oh, my God, what if they walk outside and see this food in a bush? Or they see it in the garbage can?’ Finally I was like, ‘F**k. This. S**t. F**k this s**t. I’m hungry!'”

When she first entered rehab in early 2014, Kesha’s illness had gotten so bad that she said she “didn’t know how to even eat.” As she began to get healthy again, a fellow music industry friend (whom she won’t name) offered some insight that allowed her to see her struggle from a new perspective — and put her on a path to healing.

“He was like, ‘Congratulations to you,'” she told Rolling Stone, admitting that she was confused because the call came one day after the unnamed friend won several Grammy Awards. “And I was like, ‘For what?’ And he was like, ‘Who cares about my Grammys? You just saved your f**king life.'”

“I just was blown away by that, because it made me look at the whole thing totally differently,” Kesha recalled to the mag. “Oh, wait. I did just take my life into my own hands and choose life over a slow, painful, shameful self-imposed death. And I need to stop just being so f**king mean to myself.”