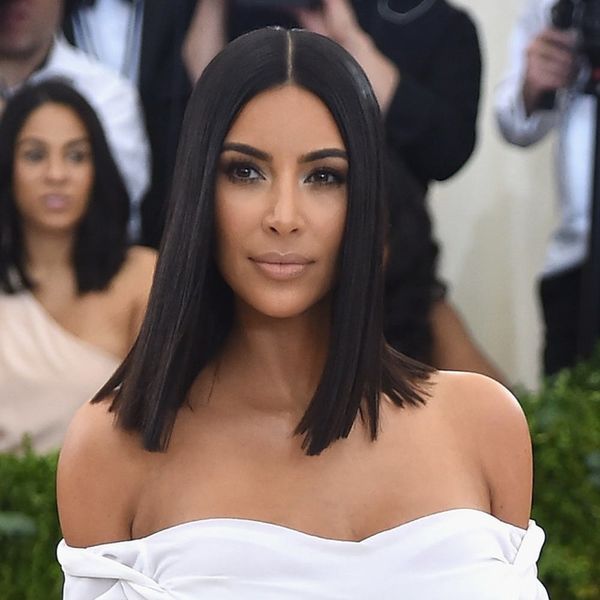 You might think Kim Kardashian West, who has more than 102 million followers on Instagram, plans her IG feed meticulously and has zero post regrets, but the reality star recently admitted that’s not the case. In a makeup tutorial video on her app she revealed one photo she wished she could undo.

West was having her makeup done by YouTuber Patrick Starrr when she had an impromptu confessional. It all started when the mom of two remarked on how Starr could apply makeup with such lengthy nails. Kardashian admitted that while her list of beauty treatments might be miles long, she generally keeps her own digits short. “I can’t even function when I have long nails,” she said.

The convo led to the Keeping Up With the Kardashians star revealing her insecurity over her hands and her biggest Instagram regret: her engagement mani. When she announced her engagement to her now-husband via the social platform, Kardashian spotlighted that enormous Lorraine Schwartz diamond ring with San Francisco’s AT&T Park in the background (where West popped the question). “I had the shortest nails when I showed my picture. It would have looked so much better with long nails,” Kardashian said. Um, believe us, Kim, NO one was looking at your nails in this pic!

In addition to her hand woes, she ranks her sisters’ nail lengths and talks about spray tans and Rice Krispie cakes. Watch the whole video above.

What do you think about Kim’s hand insecurity? Tell us if you would have noticed anything off @BritandCo!

Elyse Roth
Elyse Roth is a freelance writer and editor who is a midwestern transplant in NYC. She loves to explore the city, plus you can find her at a Broadway show or the ballet usually once a week. When she's not finding things to do in New York, she's thinking about where she can travel next. She's combined her love for food and TV into a blog where she makes food eaten on her favorite TV shows at tvdinnerblog.com.
Engagement
Nails
Engagement Instagram Kardashians Manicure Selfie
More From Nails