Krysten Ritter Revealed Her Pregnancy on the 2019 Oscars Red Carpet 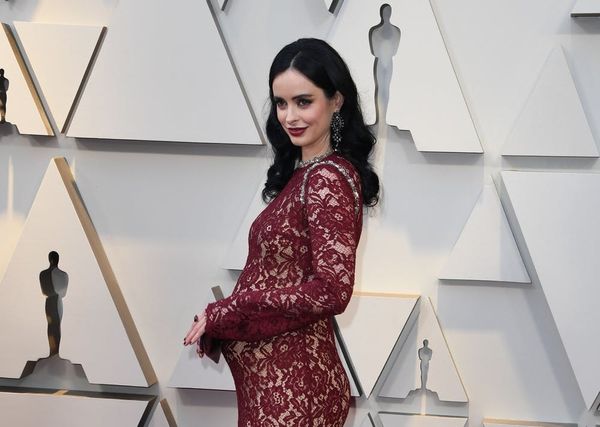 The 2019 Oscars red carpet had plenty of highlights before the show even started, including, of course, stunning fashion and adorable couples. It was also where Krysten Ritter revealed that she is pregnant and expecting her first child.

“Surprise!!!” the actress captioned three Instagram photos of her walking the red carpet in LA on Sunday, February 24, and showing off her baby bump as she posed in profile in a lace-and-floral burgundy bodycon Reem Acra dress.

Ritter attended the 91st Academy Awards with longtime boyfriend Adam Granduciel, the lead singer of the band The War on Drugs. The couple began dating in 2014, and while they are relatively private about their personal life, Ritter does occasionally share a snap or two of their lives on social media. Throughout the night, she shared several excited selfies of herself and Granduciel from inside the Dolby Theatre.

The exciting — and unexpected — news comes just days after Netflix’s unfortunate announcement that the upcoming third season of Ritter’s Marvel series, Jessica Jones, would be its last.

“It has been a dream to play Jessica alongside my amazing cast and the best crew in the business for these past 5 years,” the actress shared on Instagram following the news. “I am so grateful for every second of it … I am proud of how we complete JJ’s journey. I can’t wait for you all to see it. Stay tuned and more to come.”

Were you surprised by Krysten Ritter’s red carpet reveal? Let us know @BritandCo!