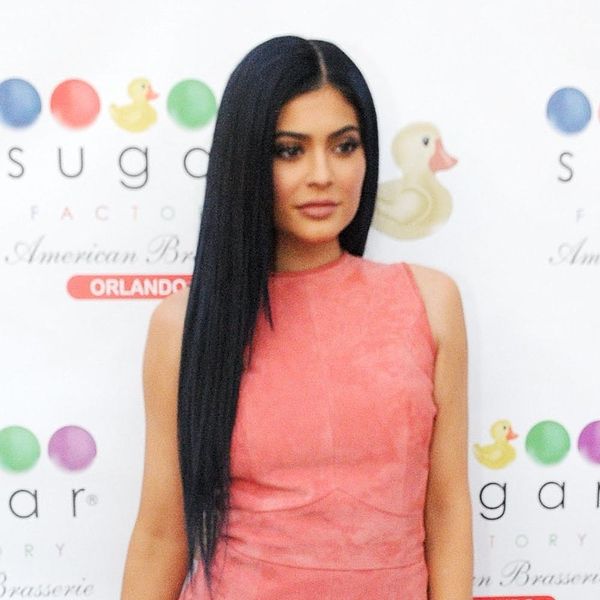 Kylie Jenner may just be 18 years old (yep, it’s easy to forget that she’s still just a teenager), but along with being a style icon, she’s also already making her way up the property ladder. After ditching her starter home that cost a measly $2.7 million, she’s just begun her big move into her new $6 million Hidden Hills home. To please her ever-watching fans, Kylie has just given us a Snapchat tour of her new abode and, oh yeah, it’s as fabulous as you imagined. And King Kylie has plans to (of course) totally take it over-the-top.

Purchased back in May by the young Jenner sister and mini-mogul, the 7,000 square foot, New England-style residence (which just happens to be located in the same neighborhood as mama dearest, Kris Jenner) boasts everything Kylie could possibly want. That includes plenty of space for her massive collection of designer clothes, as well as lots of room for her tiny pups to roam. With six bedrooms, seven bathrooms and a GIANT walk-in closet, this could very well be the house of Kylie’s dreams. That is, until she decides to upgrade to a $10+ million home in a year or two.

Kylie begins the tour simply enough, scanning her space while she gives a few deets about the items being unpacked by her team. With her dining room and living room coming together, we can spot her gorgeously gleaming table, doggy statues and a fireplace on the back wall.

The tour doesn’t take long to take it up a notch when Kylie shows off a closed door that looks normal enough, except for the fact that it’s taped off. “This is where my elevator’s gonna come. Hopefully sooner than later,” Kylie explains because, natch, her house needs an elevator.

Making her way though the kitchen, she suddenly decides, “I’m hungry,” and we get a peek at a little Khloé-like tidiness in the pantry. “You can never say a girl’s not organized!” she quips, then reveals, “This isn’t me though; this is Victoria.” That would be her personal assistant, who is apparently an organizational wizard.

When Kylie heads upstairs, her cutie pups try to follow her, but get blocked at the top. Why? Well, according to their mom, “Because you pee everywhere.” HA!

But really, aren’t we all most curious about gal’s closet. Although we didn’t get to peek inside that surely wondrous space, we did get a look at her peeps doing their best to unpack the enviable wardrobe in Kylie’s gorgeous new adobe.

From top to bottom, from the peek we’ve been given, this is totally a Kylie-like home, and we can’t wait to see how she totally trips it out Jenner-style.

What would you have done with a $6 million home at just 18 years old? Tweet us @BritandCo!