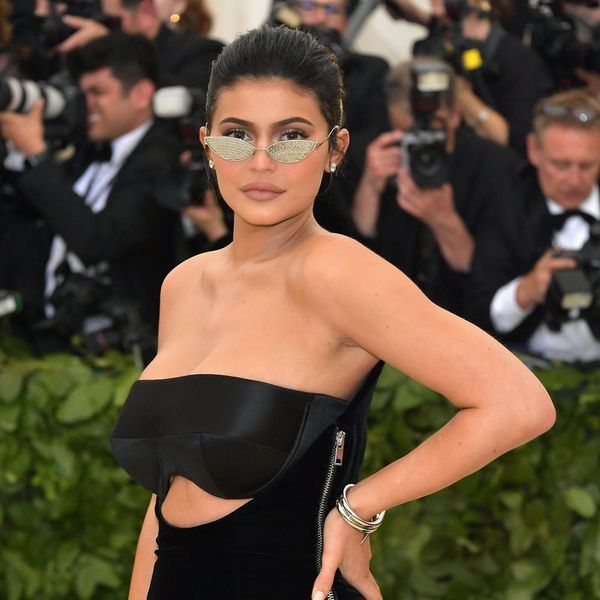 Kylie Jenner has been sharing photos and videos of baby Stormi since announcing her birth in early February, but it might be a while before we see the little one’s face again. The Kylie Cosmetics founder says she’s not posting any pics of her four-month-old daughter for the time being.

On Sunday, Jenner shared a makeup-free selfie in which only the top of Stormi’s head is visible. When commenters started noting that the baby seemed purposefully removed from the pic, Jenner took to the comments to explain her decision.

“Yeah I cut my baby out,” she replied to one user. “I’m not sharing photos of my girl right now.”

i spy with my little eye...

A look through the 20-year-old Keeping Up With the Kardashian star’s massively popular Instagram account shows that she has also removed all previously existing photos of Stormi in which her face was visible.

While no reason for the change was given, it’s possible that the youngest Jenner sibling is being more mindful of privacy as her daughter grows out of her infant years. While the Kardashian-Jenner families have made an empire of sharing their lives with the world, Jenner kept her pregnancy hidden from the media, leaving rumors unconfirmed and choosing only to reveal the news after she had given birth. At the time, she cited a desire to maintain a positive environment for her unborn baby.

“I knew my baby would feel every stress and every emotion, so I chose to do it this way for my little life and our happiness,” she said in a statement at the time. While it’s not likely we won’t ever see any more of Stormi on social media, it sounds like there won’t be any updates for the time being.

What do you think of Kylie deleting pics of Stormi from social media? Let us know @BritandCo.