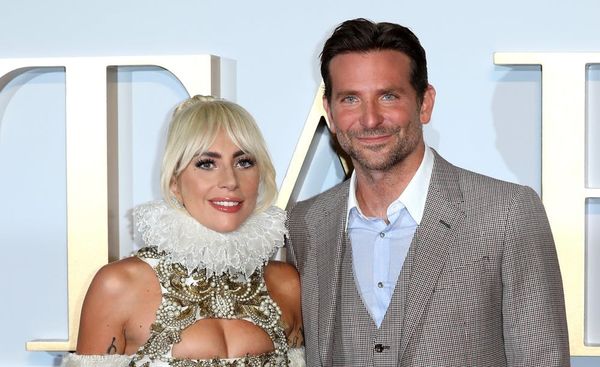 The 2019 Oscar nominations were announced on Tuesday, January 22, and among the many surprises was the fact that Bradley Cooper did not nab a Best Director nomination for A Star Is Born. Cooper’s costar Lady Gaga reacted to the snub in a new interview, saying that the lack of recognition from the Academy doesn’t change how she feels about him as a director.

“Well, you know, you never know what’s going to happen,” Gaga told the Los Angeles Times following the nominations. “But at the end of the day, he knows that he’s the best director in my eyes, and in all of our eyes as his cast. I know that he’s so happy that we’ve all been nominated and that the film was recognized and we all feel really, really beyond elated for the recognition.”

Despite the snub in the directing category, A Star Is Born did earn a coveted Best Picture nomination. Cooper also snagged a nod for Best Actor for his role as Jackson Maine, and Gaga was nominated for Best Actress for her role as Ally.

“Bradley, through his filmmaking, showed the world some things that they don’t get to see like fame and stardom and all that comes with that,” Gaga continued to The Times. “Those are not things people get to see every day. But then there’s themes of addiction and alcoholism, which connect to people on a very deep level and resonate all over the world.”

Should Gaga win either Best Actress or Best Original Song, she will be halfway to having an EGOT. She currently has six Grammys to her name, and was previously nominated for an Oscar (for her song “Til It Happens to You” from the documentary The Hunting Ground) and three Emmy Awards. She has not yet been nominated for a Tony Award.

It’s a monumental occasion for the singer-actress either way, even if she did admit to the New York Times that she slept through the nominations. “I’ve been trying to get some sleep because I’m on showbiz time,” she said. When she woke up at 8:30, she immediately called her manager, who broke the news. “I just burst into tears.”

What do you think of Lady Gaga’s support for Bradley Cooper? Let us know @BritandCo.