Could Lard Be the Newest Health Food? 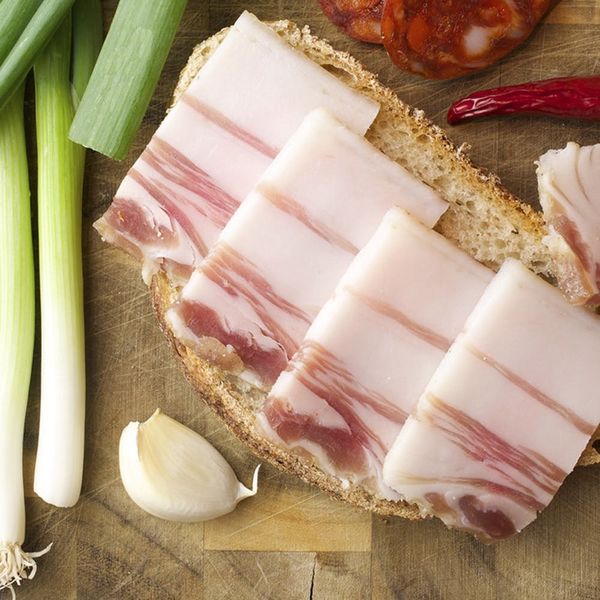 Over the last few years, the health industry has had a revelation: Fat can be good for you. To be honest, it has basically been the best news ever. And now it looks like the good news just keeps getting better. According to recent findings, lard might have a legit place in your diet. In fact, some nutritionists are already fully on board.

But first things first. What actually IS lard? It’s not butter or oil, but rendered pig fat. It is often used to make pastries or fried dishes because it doesn’t smoke easily. Lard is sometimes even used as a quick breakfast, smeared on a piece of bread (avo toast 2.0?). But be aware: Lard and bacon grease are kind of different. They’re similar in that they’re both pig fat. They can be swapped in a pinch, but the bacon fat will have a more pronounced flavor, since bacon is smoked and salted.

So how exactly is this considered healthy? Saturated fat makes up about 40 percent of the fat in lard. According to Prevention, “Recent studies have found that eating more saturated fat doesn’t increase the risk of heart disease at all, while some studies show it can raise good HDL cholesterol and lower the risk of heart disease when combined with a low-carb or low-sugar diet.”

Additionally, lard has no trans fat. Nutritionist Andrew Weil, M.D. writes, “Nutritionally speaking, lard has nearly one-fourth the saturated fat and more than twice the monounsaturated fat as butter. It is also low in omega-6 fatty acids, known to promote inflammation; according to lard enthusiasts, free-range pigs that eat greens, not grains, have higher levels of omega-3 fatty acids.” Looks like we know what we’ll be cooking with tonight.