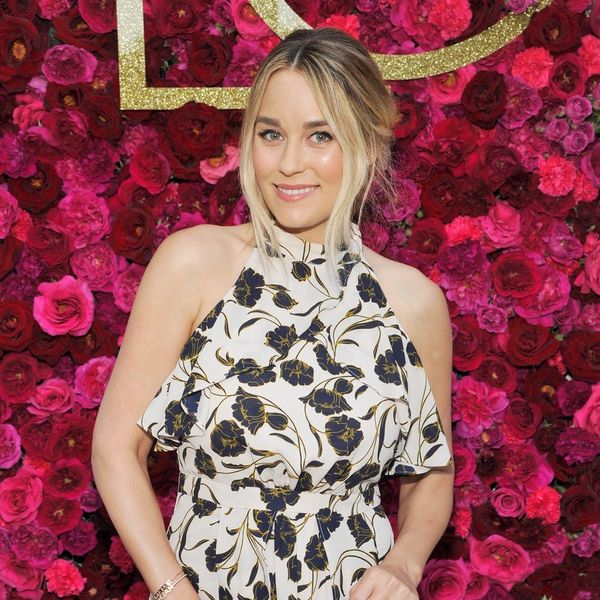 Lauren Conrad and husband William Tell welcomed their first child, Liam, two months ago. This week, she made her first red-carpet appearance since her baby boy’s arrival and dished all about the realities of new motherhood.

“Honestly, it’s exactly as everyone describes it,” Conrad told People, taking a moment to reflect on the whirlwind of the past nine weeks with little Liam. “It’s the best and hardest thing you’ll ever do.”

Conrad was at Beauty & Essex in Los Angeles to celebrate her new LC Lauren Conrad Runway + Plus Size Collection for Kohl’s. Following Liam’s arrival, Conrad initially took a small break from some of her many ventures, including her website. Now, she’s excited to be back launching her latest line, something that she says customers have been requesting for a while now.

“We did a lot of research for plus, and one thing I felt that was missing from the market was current trends,” she told Brit + Co in a recent interview. “We wanted to make our collection for everyone — not change the pieces but make them the same as the regular collection. The point was to be inclusive.”

Conrad going back to work might mean more father/son time for Liam and Tell, which the former Something Corporate rocker would welcome. “[Tell]’s not afraid of babies, which is really helpful,” she told People, revealing that he and Liam were home together while she was at the event. “He was 11 when his younger sister was born, so he has a lot of experience with babies. He had way more experience than I did.”

Meet #LiamJames! 👶 #LaurenConrad is introducing her little bundle of joy—tap the link in the bio for all the details! |📷: @elizabethmessina

Conrad previously admitted that she’s already thinking about baby number two, thanks in no small part to how adorable Liam is. “I was looking at him the other day, and I was like, ‘I understand now why people keep having babies!'” she told People in August. “We’ll probably have two. I think it’s best not to be outnumbered.”

For the time being, though, she’s just trying to enjoy Liam’s infant months before they disappear. “I’m trying to take a monthly photo — all of the good moms do it — I’m really trying,” she told People at the Kohl’s launch event. “So I took it and I looked at it next to his one-month photo, and he had just changed. Like he was a completely different baby, and I was like, ‘Oh my God.'”

She added, “It’s amazing. You fall so in love with your tiny person — it’s a whole new life.”

What do you think about Lauren Conrad’s new-mom perspective? Let us know @BritandCo!