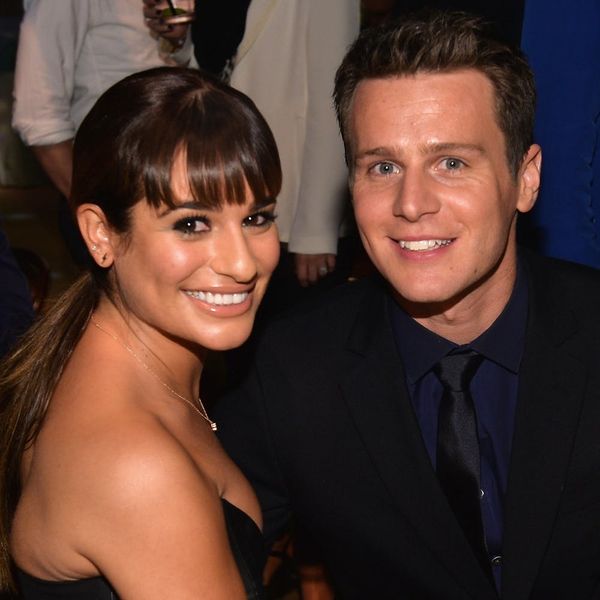 The wedding planning has officially begun! Almost two weeks after announcing her engagement to Zandy Reich, Lea Michele has chosen her maid of honor for the big day.

In a cute Instagram post, Michele revealed that she had asked her best friend, actor Jonathan Groff, to stand with her when she ties the knot. “Maid of honor,” the Mayor star captioned a smiling, sunny selfie of the two, along with the dual-heart emoji.

Groff and Michele struck up their friendship 12 years ago, when they both starred in the iconic Broadway show Spring Awakening. He later guest-starred with Michele on Glee as her character Rachel’s one-time rival glee club singer Jesse St. James, and in the show’s finale, the pair ended up married. Groff is also well known for his work as Kristoff in Disney’s Frozen franchise, as King George III in Hamilton, and as FBI agent Holden Ford in the Netflix true-crime hit Mindhunter.

Shortly after announcing her engagement, Michele told talk-show host Andy Cohen that Reich’s proposal caught her by complete surprise, and that she was still in disbelief. “I was so surprised, I kept saying, ‘Stop joking around, stop joking around!'” she said in an appearance on Watch What Happens Live. “I keep thinking [the ring] is borrowed and I have to give it back at some point.”

Michele hasn’t shared any further wedding plans just yet, but we’re sure she’ll excitedly keep her fans informed on Instagram.

Are you happy to see Jonathan Groff as Lea’s maid of honor? Let us know @BritandCo!