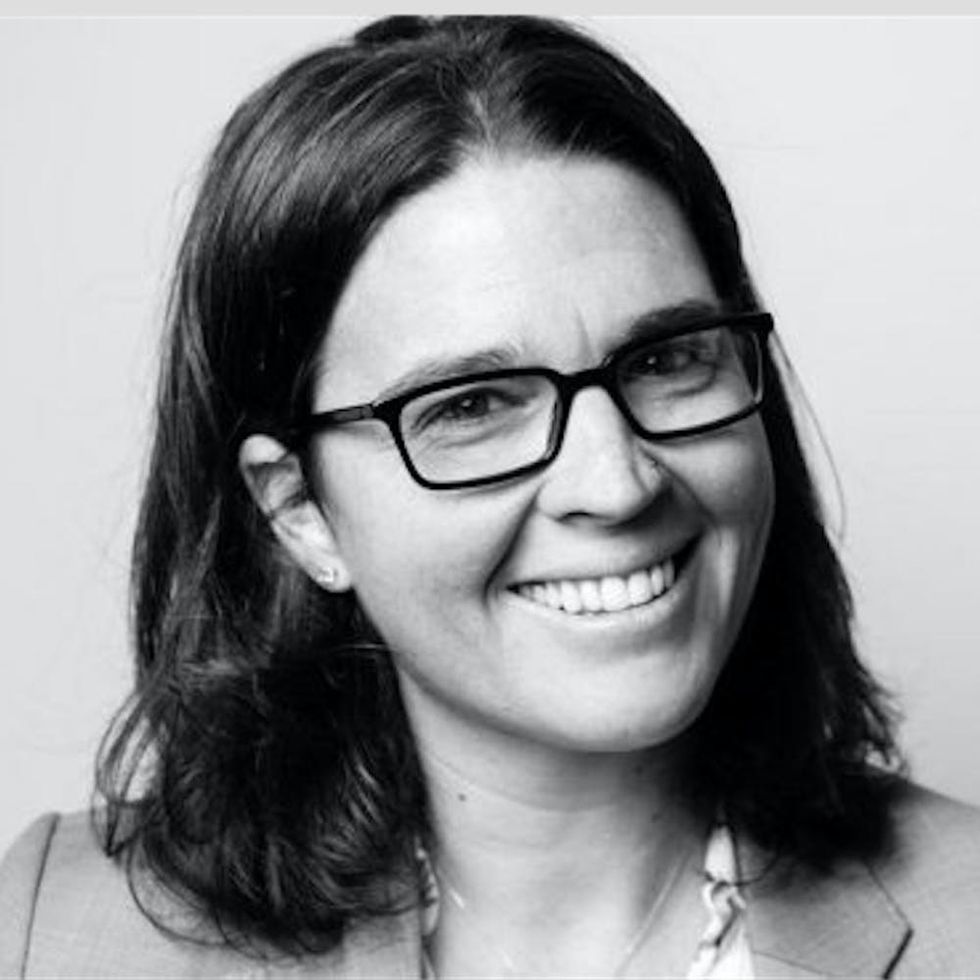 The fact that Lesbians Who Tech may be the largest LGBTQ+ professional event in the world is slightly mind-boggling to founder, Leanne Pittsford. In 2014, Pittsford created Lesbians Who Tech to build a community of queer women in the technology industry. At any event she attended, the queer voice was always missing — avoiding the fact that two women in a relationship meant less economic power than two men.

“I can’t count the times that we were talking about men staying at home on panels and missing that experience in a couple and family,” shares Pittsford. “I wanted to provide value that was specific to queer women and our needs in life, but not be exclusive. I didn’t want to create something that wasn’t needed.”

LWT grew rather quickly from 30 people at the first happy hour event to city chapters throughout the country. Within the first year, they decided to host a summit, “to figure out how to provide more in-depth value, something more intentional,” according to Pittsford.

800 people attended, and a few tech companies sponsored it.

“In that moment, I knew it was something beyond a happy hour every couple of months. We were part of a movement to have more of an equitable technology industry and society. We had to play a role to make sure queer women had a voice.”

Pittsford also makes sure Lesbians Who Tech is inclusive of different communities by implementing quotas in making hiring choices.

“We won’t have the summit unless our speakers are 50 percent women, 25 percent women of color, and 10 percent gender non-conforming or trans,” Pittsford declares, adding that her whole team is hired based on these criteria.

While it is primarily a tech conference, they certainly incorporate social justice topics, as well. At one of their summits, politician and gun control advocate Gabby Giffords spoke about gun violence and tech in America. But Pittsford would like to add that they don’t take themselves too seriously.

“In every single movement, that’s the power of community and making a space where real connection happens. [You’re not used to hearing lesbian jokes on stage at a conference but] it’s in that discomfort that authentic connections can happen.”

When presenting her conference to people, she’ll often get responses that suggest they have to pass on the opportunity because they’re focusing on women in tech.

“I just want you to understand that lesbians are women,” Pittsford blatantly responds. “People instantly put us into the gay box.”

Allies are welcomed at LWT, which puts Pittsford in a position where inclusivity is important, but not to the point that she can’t be specific in her value.

“I thought it was important to reclaim the name lesbian because older women fought to use that word. But more women identify with being queer or bi, so we try to use both terms. We have a lot of intentionally in the things that we do to make sure that all the representation is there. And that has made all the difference.”

If Pittsford was just in it for the community, she would have stuck to happy hours every month. But she’s trying to change the tech sector as a whole. Some may disagree with her practice to implement quotas, but she doesn’t see it as lowering the bar.

“If we want to have different ideas and different representation, we have to change our criteria. Humans are biased. Quotas force you to look outside your biased network.”

She believes that change is happening, but not quickly enough.

It’s noteworthy to point out that all of the goals Pittsford set out for LWT in 2014 have been accomplished. Along with the Edie Windsor Coding Scholarship (something incredibly meaningful to her), LWT has a mentor and a leadership program. Pittsford points out that a tech salary can be three times the average salary, meaning that these resources could really make a difference in someone’s life.

Of all the things that Pittsford has done, she’s most proud of having built a community of its size.

“I grew up in an LGBTQ+ community that was primarily white and male. To go from that to having the most diverse tech conference and seeing the impact it has on young queer techies, that this is their normal and they don’t know anything different, is powerful.”

At 40,000 members worldwide and 40 city chapters, Pittsford is confident that LWT will reach 50,000 members soon enough. She plans to go on tour next year to visit areas in the south with open jobs, as well as grow their international program. With conferences in Asia, Mexico, Tel Aviv, and London, the community might be smaller, but equally inspiring as tech companies have the immense power to change lives in those areas.

To people who are still questioning the need for Lesbians Who Tech, Pittsford says:

“It’s so important to make sure that your company and your employees represent the people that live in this country and use your products. We’re innovators, we’re thinkers, we’re building some of the most innovative technologies in the country. It’s so important to have different perspectives and you’re not going to be as successful without it.”

Are you interested in attending an LWT summit? Tell us @BritandCo!

Natalie Zisa
Natalie Zisa is a freelance writer based in New York City. When she's not writing about inspiring women, she's pursuing dance professionally. Otherwise, you can find her searching for free fitness classes, lip syncing to her favorite Italian music, and enjoying her mom's homemade pizza. If she could interview one person, it would be Chelsea Handler.
Ladies First
Diversity
Ladies FirstLGBTQTech News