Introducing the LEGO Set Every Girl in America Needs 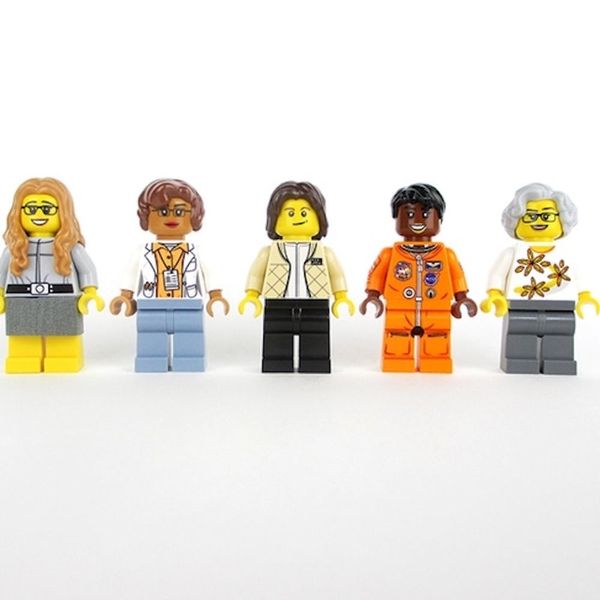 It’s been a pretty huge year for NASA. Not only did America’s space agency recently announce the discovery of seven Earth sized-planets, which could contain liquid water (AKA “the key to life as we know it”), but for the first time ever, the agency boasted just as many women in its 2016 class as men. (Huzzah!)

LEGO has taken note of that giant step forward for womankind, as well as the accomplishments of those that came before them, by announcing a “Women of NASA” mini-figures set that will hit shelves next winter. Their decision was likely in part due to the success of the Best Picture-nominated film Hidden Figures, which recounts the lives of three female, African-American mathematicians who were crucial in aiding the late John Glenn in his quest to become the first American to orbit the Earth.

One of the film’s main characters, NASA trajectory expert Katherine Johnson, will, in fact, be one of the women included in the set, as will MIT computer scientist Margaret Hamilton (AKA the #girlboss who developed the Apollo craft flight software), Sally Ride, the first American woman in space, astrophysicist Nancy Grace Roman, and Mae Jemison, the first African-American woman in space.

The brains behind the set, science writer/editor (and Lego fan extraordinaire) Maia Weinstock, beat out 11 other projects being considered for production. She gave us a sneak peek at the figures over on her Instagram page, and we’ve gotta say, we’re pretty stoked. “It’s really happening!!” she wrote on a shot of the figures. “Thanks to everyone who supported my @lego Women of @nasa set.”

In the company’s unveiling of the project, they said that they were “really excited to be able to introduce Maia’s Women of Nasa set for its fun and educational value as well as its classic build and play experience.”

Are you thrilled to see women get their LEGO due? Share with us @BritandCo.

Nicole Briese
Nicole is the weekend editor for Brit + Co who loves bringing you all the latest buzz. When she's not busy typing away into the wee hours, you can usually find her canoodling with her fur babies, rooting around in a bookstore, or rocking out at a concert of some sort (Guns N' Roses forever!). Check out all her latest musings and past work at nicolebjean.com.
science
Pop Culture
science toys