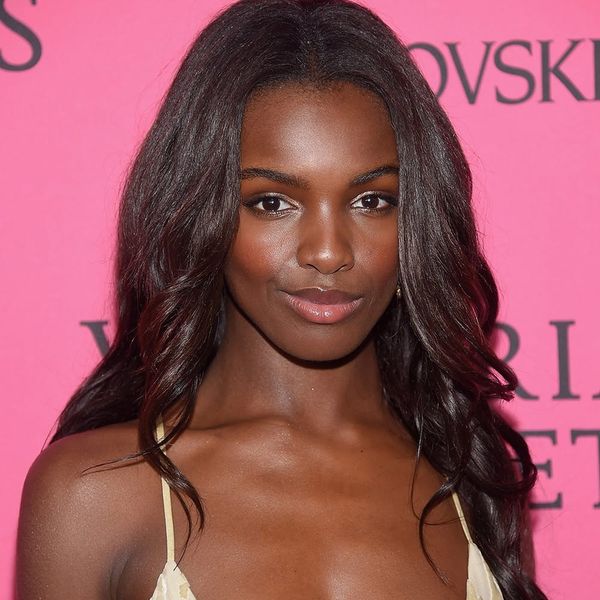 In many ways, the fashion industry has been making some major moves to be a more diverse and inclusive place. Ashley Graham recently made history as the Sports Illustrated’s first plus-size model, Dolce and Gabanna recently released a collection of super luxe hajibs and the launch of lingerie brand Nubian Skin has made it possible women of color to actually find a nude bra that matches their skin tone. And while the industry has come a long way, a series of recent tweets from Victoria’s Secret model have proved that there is still a long way to go.

While behind the scenes at fashion week, Anderson took to Twitter to share her frustration surrounding how unprepared and unequipped some makeup artists are when working with a woman of color.

@DPatronne here are her foundations 🤔 yet she confidentially put her hand up to take me in her chair pic.twitter.com/S8ivmvusSN

Why is there more white makeup artists backstage than black when when black ones can do ALL races makeup?

In addition to sharing a behind-the-scenes account of what she has to deal with makeup-wise, she also shared a peek at how unprepared some hair stylists are when working with natural hair.

Lord. Jesus. Thank you. This show is the sole reason I was given weave I don't even like. Look at this hair. pic.twitter.com/uI9g9cCDYD

Leomie’s tweets were actively responded to by women and ever fellow models supporting her frustrations. Leomie’s points were definitely well made and 100% just and we’re crossing out fingers that those in charge of producing these majorly influential fashion shows are listening.

Are you a makeup artist or model? What’s been your backstage experience? Share with us on Twitter @britandco.

Cortney Clift
Cortney is the senior writer and special projects editor at Brit + Co. She typically covers topics related to women's issues, politics, and lifestyle. When she's not buried behind her computer you'll find her exploring New York City or planning her next big adventure.
Style News