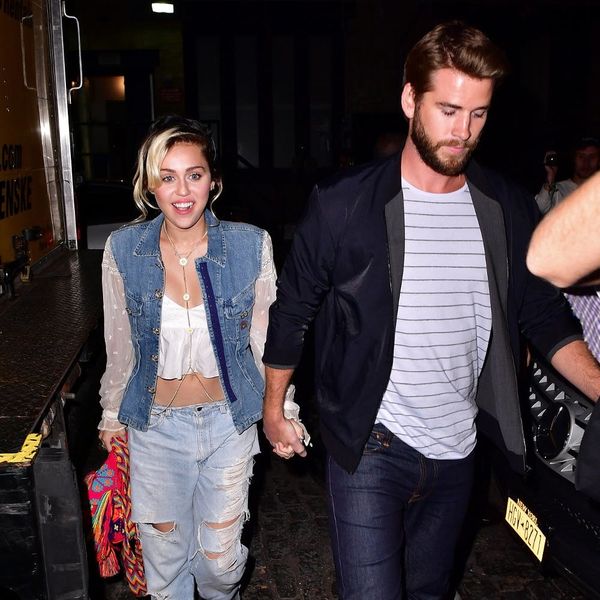 Miley Cyrus and Liam Hemsworth have been relatively private about their relationship since becoming re-engaged, despite a possible big move in their near future and giving us a peek at what the singer might look like as a bride. But every once in a while we’ve been given a peek at their super sweet love. And now, with Miley embracing the season with all of her signature vigor, her family has just taken their annual holiday pic, and who’s there with ‘em? Miley’s fiancé, Liam.

Miley’s sister, Brandi, shared the pic of her family on Instagram with the caption, “Cyrus fam Christmas in full swing 🎄.” In the photo you can clearly see Miley front and center, along with her parents and siblings (Noah, Trace, Brandi, Braison and Christopher… can you tell which one’s missing?!).

Off to the side, hands folded in front of him is Liam. In his black jeans and sweater, he may not be as hardcore as the rest of the folks in the pic, but his addition is still totally adorable.

Will family wedding photos be next?

What do you think about Liam appearing in Miley’s family photos? Tweet us @BritandCo!