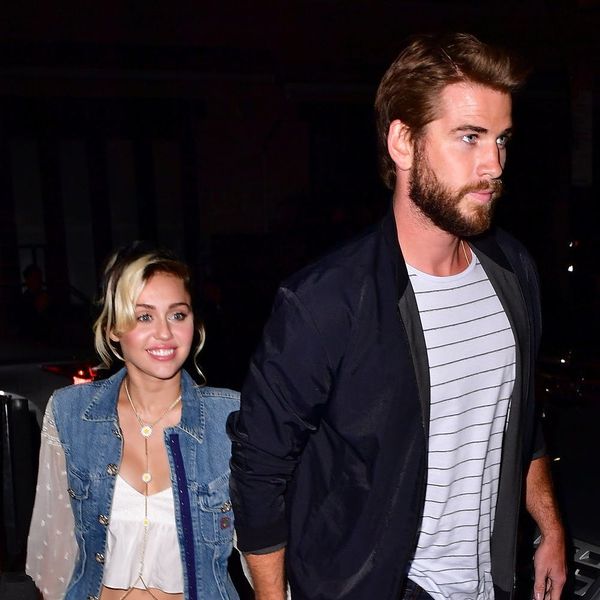 Despite their reluctance to be overly public with their adorably quirky relationship (which we totally understand, BTW — just look at what overwhelming one’s self and one’s relationship has done to Kim and Kanye), we simply can’t get enough of Miley Cyrus and Liam Hemsworth together. And apparently, neither can Miley. That’s why she’s might be about to make a big move for Liam (and her career), and though Miley DGAF about what anyone thinks about her choices, you still may be surprised by her decision.

Though the specific deet that Miley and Liam were likely to hold their wedding in his home country of Australia has been buzzing for a while, it now looks like the duo might be making a more permanent move down under.

First and surely foremost, the two are into the laid-back lifestyle of the Byron Bay area, which is near where Liam’s bro, Chris Hemsworth, and his wife (and Miley’s BFF), Elsa Pataky, live. According to a source who spoke to Women’s Day, “Miley has loved her trips down under, and she’s become incredibly close to Elsa,” adding, “She is really envious of the laid-back life they led in Byron Bay and would love to try living there for a while.” Makes sense. But there are other reasons for a potential relocation.

While Miley’s appearance on The Voice this year was a definite hit, now that the stint is over (for now?), another incarnation of the show is interested in her for their next season. The folks behind the Australian version of The Voice have reportedly been in talks with Miley, even meeting up with her in LA last week to work out potential deets.

Just blending in/thinking of something super interesting to say...the thought never came though. At least the jacket looks cool 😜

Moving her career down under for a while would also make sense, as her bae and future hubby, Liam, is booked to film three movies in Australia over the next 12 months. Busy dude!

With so many motivating factors leaning toward a move, we might be seeing more of Miley and Liam’s Australian antics in the near future. Or at least, we can only hope we’ll get a peek or two at their down-under lifestyle.

Have you ever made a big move for your career or a relationship? Tweet us @BritandCo!