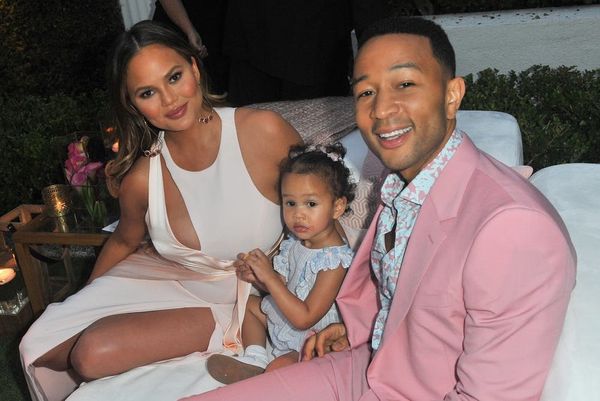 Lip Sync Battle has hosted some pretty major guests over the course of the show’s first four seasons, but season 5 might just be its biggest yet. A new trailer debuted online this week, and it features some meme-worthy appearances by the likes of Serena Williams, Mariah Carey, Darren Criss, Queer Eye‘s Fab Five, and — most adorably of all — Chrissy Teigen’s daughter Luna, who has the cutest reaction to seeing Big Bird onstage.

“We looove Big Bird,” Teigen’s husband John Legend shouts as his two-year-old daughter perches on his shoulders and holds out her arms to the beloved Sesame Street character.

That clip is just one of many priceless moments in the trailer, which also teases a performance of Beyoncé and Lady Gaga’s “Telephone” by the Queer Eye Fab Five. It’s just a quick snippet, but it looks like the guys nail both the moves and the fashion. “I feel like Beyoncé, are you kidding me?” culture expert Karamo Brown shouts.

Who are you excited to see during season 5 of Lip Sync Battle? Tell us @BritandCo!