An Insider’s Guide to Navigating Lollapalooza 2017 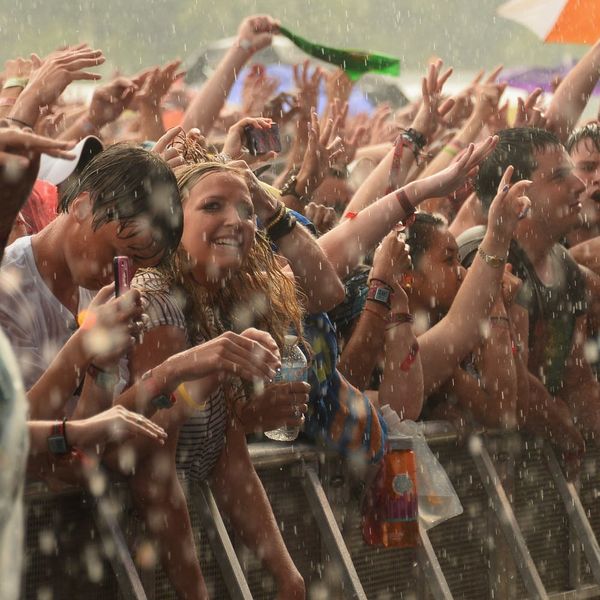 Now in its 26th year,Lollapalooza has grown to be more than a music fest — it’s an experience. With its own mile-long market, a separate space just for kids, eats galore, and a skating rink (!), you’ll be hard pressed to get through all the must-dos on your list, even with last year’s addition of an extra 24 hours. Luckily for you, we’ve got plenty of tips on what parts of the four-day fête you simply can’t miss. Read on to find out all the cool things in store for this year.

1. For those about to rock: This year’s headliners — Lorde, The Killers (AKA Prince Harry’s longtime jam buddies), Muse, Arcade Fire, Chance the Rapper, and Blink 182 — are worth the four-day ticket price all on their own, but there are plenty of other gems to show up early for: ‘90s alt-rockers Live will be on hand, as will Liam Gallagher, Ryan Adams, and Taylor Momsen’s band, The Pretty Reckless. And up-and-comers including Mondo Cozmo, Grace Mitchell, Slothrust, and Skott are sure to be instant faves, so catch them before they blow up!

2. Skating Bonanza: Of all the new additions set to make their Lollapalooza debut this year, the one we’re most excited for has to be the “Rock & Rollers” tent — a bar, arcade, and skating rink destination all in one. With rumors already flying on Reddit that the designated area is a disco-lover’s dream, full of lights and shiny mirror balls, we have a sneaking suspicion this will quickly become the fest’s go-to spot of 2017. (Photo via Getty)

3. Toyota’s Cosmic Paradise: Come for a “Galaxy ink body paint tattoo” (we’re just as intrigued as you are!), and stay for the watercolor silkscreen tote bags Toyota will be giving out in its Cosmic paradise tent. If you’re lucky, you just might spot a special note from one of the fest’s many artists, as well — The Zombies, Capital Cities, Kevin Garrett, and Dillon Francis have all added their contributions to the tent’s #ToyotaGiving mosaic wall in the past to answer the question, “What does music mean to you?” (Photo via Toyota)

4. Good Eats: A long day of trekking across muddy fields calls for some serious grub, and with more than 30 food venues to choose from, you’ll be totally covered. Craving Mexican? Hit up Tallboy Tacos. Pizza? Lou Malnati’s deep dish, of course. A good old-fashioned burger? Try Kuma’s Corner (a personal fave of Lady Gaga’s). And who could pass up dessert when it comes in the form of a Rainbow Cone? Definitely not us! (Photo via Rainbow Cone/Facebook)

5. Mini Rock Stars in the Making: Make your little ones feel like the rock stars they are at the Berklee College of Music tent, where you can sign your kids up to make their own music video. Bonus? You’ll get to take it home as a keepsake. (Photo via Getty)

We can't get enough of this lineup😉. Wanna make your own Poptail? Check out our Insta-Story for all of the ingredients 🍷🎡🙌

6. Wine Central: Did someone say wine poptails? We’re so there. You’ll need to be 21+ to get in, but those who make the age cutoff will DEFINITELY want to make a pit stop at this little beverage oasis, which is stocked with all the rosé (and frosé!) your little heart could ever want.

Thanks @staci_costumedesign for featuring some of our patches for BC4! 😘😘😘So excited to see these patches come to life on Ilana 😍😍😍 #regram #patches #flair #patchgamestrong #dope #slay #babe #nyc

6. Shop ‘til You Drop: In addition to the Lolla Shop, where you can stock up on all your fest-centric souvenirs, you can also peruse wares from plenty of local artisans in the mile-long stretch that’s known as Lolla Market. You’ll want to bring extra bags for all your newly purchased goods — think handmade jewelry from Baizaar and Black Black Moon, boho apparel from Festy Besty, and personalized pins and charms from Wildflower + Co. (Photo via Wildflower + Co.)

7. Rain-Ready: In what seems to be a perpetual trend, there’s plenty of rain in the forecast for this year, so be sure to pack those wellies and ponchos — you’re gonna need ‘em! (Photo via Theo Wargo/Getty)

What are you most looking forward to at Lolla? Let us know over @BritandCo.