4 Reasons Why Lollapalooza Stands Out from the Music Fest Pack 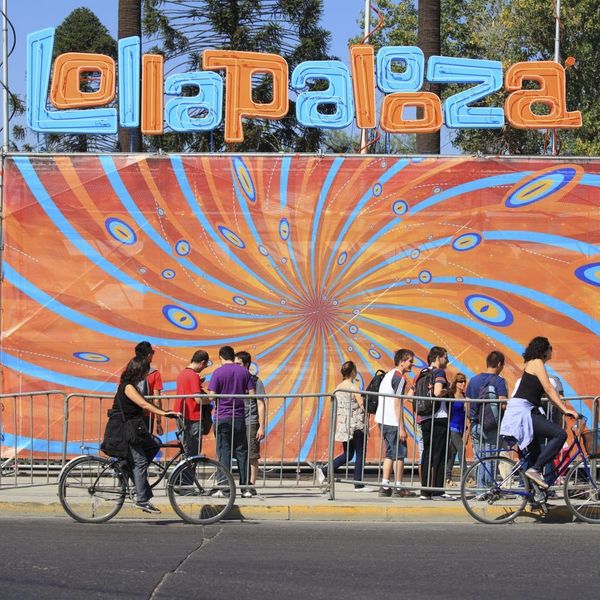 Long before music fests such as Coachella were even a blip on the radar, another fest reigned supreme. Now, 25 years later, that same fest is still going strong: In fact, an entire fourth day of music was added to the lineup to celebrate this historical milestone.

In case you haven’t guessed by now, we’re talking about Lollapalooza, baby, and today it is finally upon us.

We’ve got good reason to be excited: This is no ordinary fest. Based in Chicago in the heart of the Midwest, Lollapalooza is unique in nearly every aspect, from its food offerings and practical fashion to its top-notch amenities and diverse musical offerings. Read on to find out what exactly makes it so special.

If there’s one thing the Midwest knows, it’s good eats, and the spread at Lolla makes that all too clear. Some of the city’s top culinary talents (Graham Elliot of Iron Chef and Top Chef Masters, anyone?) will be on hand this year, as will some of the city’s most iconic restaurants. There’s Cheesie’s Pub & Grub (a restaurant entirely dedicated to the most basic-but-delicious bread concoctions known to man), The Goddess and Grocer (a local rock-star catering company and store that includes Justin Timberlake, Miley Cyrus, Paul and Linda McCartney, Demi Lovato and Pink among its former clients) and Lou Malnati’s, Chicago’s famed deep-dish haven.

Nestled together as a stretch of vendors collectively known as Chow Town, there’s a bit of something for everyone: barbecue, Mexican, Asian, Vietnamese, ice cream — you name it. And if you know anything about Chicago, you know that the food portions there aren’t for the faint of heart. Take our advice when we say to come hungry! (Photo via Lou Malnati’s)

When it comes to style, you’re less likely to see the jaw-dropping, runway-ready style at Lollapalooza that you might be privy to at other fests (we’re looking at you, Governors Ball). While there are certainly several head-turners in the crowd, the Midwest is largely about practicality and comfort. Forget the fishnet, fringe, sheer and lace: Here, it’s more about keeping cool on a hot day in a loose-fitting maxi or crop top and shorts combo. Instead of heeled gladiator sandals, it’s Keds, flats or wellie boots that won’t destroy your feet by the day’s end. And if it rains (and regular Lolla-goers know it very well might!), attendees will be prepared with ponchos and mud-ready footwear. After all, this is a bunch that knows the elements all too well — just Google “Snowmageddon Chicago” for proof. (Photo via Roger Kisby/Getty)

Stretching one mile from end to end in Chicago’s Grant Park, the fest grounds are set up in such a way that you could easily go an entire day (or several!) just checking out the amenities before you ever even begin making your way to a stage. Heck, you don’t even have to go to a stage to experience performances, with amenities like Samsung’s VR (Virtual Reality)-Palooza, where fest-goers can live stream performances using gear that will be available for purchase exclusively at the fest.

Those that need a break from all that walking are also in luck — it’s relatively easy to take a time out in one of multiple air-conditioned regular or VIP lounges, complete with WiFi, lockers, food, beverages and more, sponsored by the likes of State Farm, Citi card, Cottonelle and Samsung Galaxy. The 21+ set can also get festive at an 80-foot wall of tap beer, or grab a glass (or a bottle! we won’t judge) of Cupcake Wine or a craft cocktail of their choosing, while those on the go can grab a quick snack at one of the fest’s newly introduced bodegas, which stock all things fest-related, from Trail Mix to suntan lotion.

An “art market” offers goods from both local and national artisans (DIY mavens unite!), while “Kidapalooza” acts as a safe activity and music-filled space for parents to bring their little ones while still enjoying the fest — in fact, kids under 10 get in free!

The top draw, however, has to be The F.Y.E. autograph tent, where fans can meet some of their favorite bands (check out the lineup here — squee!). What could be cooler?! (Photos via Tasos Katopodis/Getty)

Of course, a festival is nothing without the music, right? Lolla has come a long way from the rock roots it started from in 1991. Founded by Jane’s Addiction singer Perry Farrell, early lineups predictably focused on alt-rock and grunge bands, with the occasional rap act, but after 25 years and several makeovers, the lineup today is about as diverse as they come. No, this is no one-trick pony: Where one stage might be overtaken by Lana del Rey-loving flower-crown types, another might see ravers in electronica heaven for M83. Yet through it all, rock still prevails, with Jane’s Addiction headlining right alongside acts such as four-time performers (the most in Lolla history) The Red Hot Chili Peppers. (Photo via Katie Stratton/Getty)

Are you headed to Lolla this year? Tag us in your photos over @BritandCo.

Nicole Briese
Nicole is the weekend editor for Brit + Co who loves bringing you all the latest buzz. When she's not busy typing away into the wee hours, you can usually find her canoodling with her fur babies, rooting around in a bookstore, or rocking out at a concert of some sort (Guns N' Roses forever!). Check out all her latest musings and past work at nicolebjean.com.
Music
Music
Music Street Style
More From Music