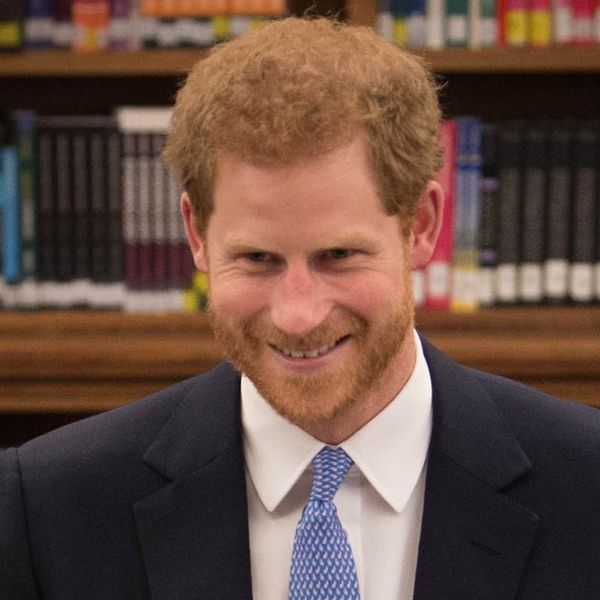 We already knew that Prince Harry was a man of many talents: He’s served in the military, acted as an activist on issues such as mental health and safe sex, and also has a rep for being quite the stellar athlete — it was during a polo match that he and GF Meghan Markle made their first public appearance. What we didn’t know, however, is that he’s also apparently a musician! In fact, as The Killers’ Brandon Flowers and Ronnie Vannucci Jr. recently revealed during an interview for the UK-based music podcast Bizarre Life With Dan Wooten, the royal has been secretly jamming with the band for years!

The bandmates spilled the beans after discussing their missed opportunity to work with musical icon Elton John. “Prince Harry, is it right that you’re mates with him? How do you become friends with Prince Harry?” the host asked.

“I think he just showed up one day,” Vannucci says. “He just showed up at a show one time and we got along. I mean, it’s been 10 years, I guess. There’s been a lot of long nights.”

The DJ pressed for more, asking, “Have you jammed with him?” to which Vannucci Jr. replied, “Maybe,” with a chuckle. Say whaaaa? Prince Harry and The Killers!? Minds, officially blown.

Vannucci Jr., however, maintained his cool, saying, “It’s safe to say we didn’t grow up with the sort of bedazzlement of having a royal family or anything, so I wasn’t educated in what it means to know these people first. Maybe that’s what made things cool. It was just like, ‘Hey, man.'”

While they made no mention of Harry’s big bro, the duo did say that some of the royal cousins have also hung out with the band. “They’re all cool dudes,” Vannucci said.

Hey, if they’re hanging with the likes of The Killers, we don’t doubt it for an instant!

Have you ever jammed with your favorite band? Tell us @BritandCo!

Kat Armstrong
Kat has been a writer, social media maven and mom for longer than she's willing to admit. She's also spent time in front of and behind the camera, interviewing celebs, politicians and acting as a producer for fashion and artistic photography shoots. When she isn't writing for various orgs and publications, she's hanging with her kids, husband and French Bulldog, Peter, in Toronto, Canada.
Music
Celebrity News
Music Royal Family
More From Celebrity News