5 Things You Need to Know About Lotus Births 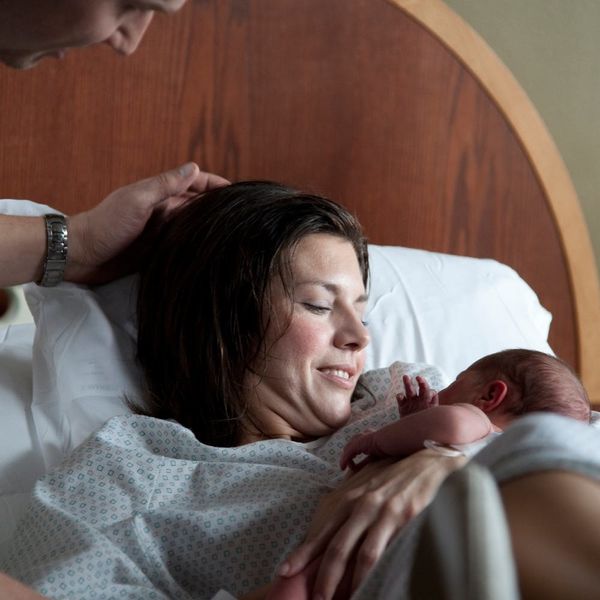 Lotus births have been a relatively recent trend. The name was coined by yoga practitioners who brought the practice, which involves not cutting a baby’s umbilical cord right away, to the US and Australia in the ’80s. It may sound mystical, magical, or downright hippie-dippy, but it’s also quite controversial. The childbirth options out there are seemingly endless, and while “lotus birth” doesn’t actually refer to the birth (it’s what happens after), we’ve got the lowdown on this post-delivery trend.

1. Your baby stays connected. After a long wait, your beautiful, goo-covered baby has arrived. You’re so busy reveling in your new mommy-ness that you hardly notice what happens next — the placenta comes out. That’s when the doc puts a clamp on the umbilical cord and hands an extra-long pair of surgical scissors to your birth partner, and someone cuts the cord. But not in a lotus birth. You read that right: The cord and the placenta stay attached to your newborn.

2. The placenta separates naturally. Don’t worry — the placenta doesn’t stay attached forever. It’s not like your kiddo is going to take her placenta to the first day of kindergarten. The umbilical cord, if left uncut, naturally separates from the navel somewhere between 3-10 days after birth.

Having a lotus birth means that you consciously let this happen. The idea is that you want to extend childbirth and let things happen as nature intended. Beyond the emotional aspects of keeping the cord attached, advocates of lotus birth believe that the extra blood the baby gets from the placenta provides health benefits.

3. There’s an extra appendage to carry around. With the placenta hanging around (literally), there are some practicalities that lotus birth-ers need to deal with — mainly, some way to delicately carry around that extra appendage. First, the placenta is washed, dried, and put into a colander (presumably not one that you will ever, ever use for spaghetti again) to drain. Then, after being wrapped in an absorbent material, it’s put into a special pot or bowl to keep it with the baby.

4. There are some risks. A lotus birth isn’t all rainbows and unicorns. Even though the thinking behind it is all about making the birth experience better and keeping baby healthy, this practice may cause serious problems.

Think about what the placenta does: It keeps the baby alive as she’s growing inside of you, passing oxygen and nutrients from you to baby and removing the waste products. When your baby is on the outside, breathing oxygen from the air and getting fed from your milk or formula, she doesn’t need this extra organ. After delivery, the placenta knows its time has come and starts shutting down. Basically, it becomes a decaying organ. That makes it a potential breeding ground for bacteria, and that makes it more of a possible infection source than the necessary lifeline it once was.

5. There is another delayed clamping option. Even though lotus births may seem… well, kind of different, that doesn’t mean waiting to cut the cord is totally out of the norm. The American College of Obstetricians and Gynecologists does note that delayed umbilical cord clamping (for 30-60 seconds) may offer benefits for baby, including increased hemoglobin levels and improved iron store for infants carried to term as well as improved transitional circulation, higher red blood cell volume, and decreased need for transfusion in preemies. Those seem like some pretty major benefits, and they don’t require toting around a placenta for a week or more.

When it comes down to it, childbirth is filled with choices. Some of these are the mama’s choice and some are made out of medical necessity. Whether you have a drug-free vaginal birth, a medicated vaginal birth, a C-section, a lotus birth, or any other type of birth, this is your experience. As long as you’re doing what’s safe and healthy for both you and baby, don’t let mommy-guilt force you into a choice that just isn’t you.

Erica Loop
Erica Loop is a freelance writer living in Pittsburgh. When she's not busy creating kids' activities for her blog Mini Monets and Mommies, you can find her trying to hang out with her teenage son, being chased by her two Olde Boston Bulldogs or teaching a children's karate class (she's a third degree black belt!).
New Moms
Pregnancy
New Moms New Parents
More From Pregnancy