Is a Low-Fat or Low-Carb Diet Better for Your Health? 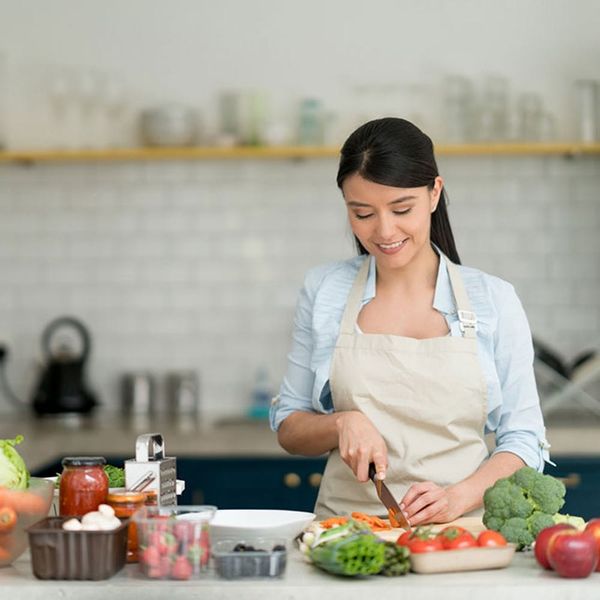 It’s lunchtime: Do you pick the low-carb chicken bowl or reach for the noodle salad with no fat? The answer may depend on which side you picked in the low-fat vs. low-carbohydrate diet debate. But we have good news for you: You can eat both! A new study reveals that both diets give similar results, so one isn’t necessarily better than the other.

A study from the Stanford University School of Medicine tried to answer the hotly contested issue of which diet is better: low-fat or low-carb. Researchers followed 609 overweight adults, split into two groups based on their diets, to monitor their weight changes for 12 months. They found that there was no significant difference in their weight loss based on the low-carb and low-fat diets. This means that they didn’t see one dietary strategy as more successful than the other.

Although researchers didn’t list every meal that study participants ate over the course of 12 months (just imagine the size of that spreadsheet), they did share that both groups focused on eating healthy foods. For instance, they couldn’t drink soda despite it being low-fat. And they wanted everyone to view this as a lifestyle change instead of a temporary diet, so they didn’t force anyone to restrict carbs or fat in an unhealthy way.

Here’s how the numbers break down:

What Do the Experts Think?

Despite warnings, people are still drawn to fad diets because they want a quick fix and instant results. Unfortunately, these trends are usually not sustainable long-term, and many gain the pounds right back. The experts also warn that extreme versions of the low-fat and low-carb diets can be dangerous for your health. If you cut out too much fat, then you could have a higher risk of depression, infertility, and problems absorbing nutrients. If your carb-cutting goes too far, then you’re more likely to have kidney problems, headaches, and nutrient deficiencies.

That’s why a well-balanced approach is the key, instead of hopping on the next version of the trendiest diet fad. Colette Heimowitz, VP of nutrition, communication, and education at Atkins Nutritionals, Inc., thinks what sets this study apart is that the participants were asked to focus on eating healthy foods. “It does prove that when you limit added sugars, refined flours, trans fats, and processed foods and embrace a healthy whole-food diet, you can lose weight and make lasting lifestyle changes,” she says.

Kitty Broihier, licensed dietitian and scientific advisor for nutrition navigation and rating company Guiding Stars, agrees. “Eat whole grains, fruits, vegetables, proteins, and healthy fats. A diet that is made up of these foods will in many cases be lower in calories and will be more filling, in large part due to more fiber from the whole grains and increased produce,” she explains.

This should make picking out lunch easier tomorrow. Don’t worry about counting carbs or fat. Instead, focus on whole, nutritious foods.

Tell us where you fall in the low-fat vs. low-carb debate on Twitter @BritandCo.

Lana Bandoim
Lana Bandoim is a freelance writer and editor. Her work has appeared on Yahoo! News, CNN iReport, The Huffington Post, Lifescript, Healthline, and many other publications.
Diet
Health
Diet Healthy Living
More From Health